Amanjit Singh’s father, a family doctor, was ordered to reopen his clinic as early cases of COVID-19 were spreading in Mumbai. Within days, his father — gasping for oxygen at home — was dead. Two days later, so was his mother.

Left to fend for himself, the 17-year-old Singh set out to collect the compensation the government promised family members of health workers killed by COVID-19. For nine months, he had to navigate the depths of Indian bureaucracy — sidestepping lockdowns, winning police approval to visit government offices and the hospital — to obtain his father’s death certificate proving he fell victim to the coronavirus.

But in the end, it didn’t matter. Singh was denied the $67,000 package because his father was dismissed as a private practitioner, not someone on the front lines of the pandemic.

“I have no energy to try again,” said Singh. “People can’t understand what it’s like to lose both your parents in just two days.”

India’s health workers were lauded as “corona warriors” early in the pandemic. Millions of people across the country switched off their lights and put candles and lamps outside their homes in a national display of appreciation. The country’s military conducted flybys showering hospitals with flower petals.

But the tributes ring hollow to a growing chorus of families fighting for compensation promised to doctors, nurses, hospital porters and other medical workers who perished after contracting COVID-19.

Relatives say the government scheme is being too narrowly applied to only staff at public COVID-19 facilities and discriminates against the legions of private sector workers who were drafted to fight the virus amid a crush of patients at government hospitals.

“COVID-19 is like war,” said Dr. J.A. Jayalal, the former president of the Indian Medical Assn. “All doctors should be treated as soldiers. They should be given the status of martyrs for treating patients.”

The struggle for compensation highlights the fragility of India’s healthcare system as a new outbreak fueled by the arrival of the Omicron variant gathers momentum. The number of daily reported cases in India today is the highest since May, when the country was still reeling from an outbreak of the Delta variant that decimated cities and villages. Hundreds of doctors are already being infected in Mumbai alone.

More than 480,000 people have died of COVID-19 in India, a loss of life that’s second only to the United States, but believed to be much higher because of underreporting.

Experts are optimistic Omicron won’t wreak havoc like Delta. More than half the country’s adults are fully vaccinated. Oxygen is being stockpiled and the central government isn’t downplaying the risk of the disease like it did before.

“That lesson has been learned by the center and state [governments]. I don’t think they’ll make that mistake again,” said Ramanan Laxminarayan, a Princeton University epidemiologist based in New Delhi, warning that India could still see a surge in cases if superspreader events like mass political rallies and religious festivals are permitted.

“Everyone is exhausted by the workload,” said Dr. Manish Nigam, president of the Federation of Resident Doctors Assn., describing 38-hour shifts for some young physicians. “It’s taking a toll on our mental and emotional well-being.”

The ratio of doctors and nurses to patients in India is below standards recommended by the World Health Organization. Hospitals, constrained by limited budgets, have taken to offering short-term contracts to avoid having to offer insurance benefits.

“Half the posts are vacant,” Jalandhar Kumbhar, 53, said of the state-run Sassoon General Hospital in Pune where he works as a porter. “The administration keeps asking staff to work more and only hires workers on one- or two-month contracts. Four cleaners died of COVID and nobody received compensation.”

One of those cleaners was Surekha Bhalerao. The 52-year-old was sickened by COVID-19 for the second time in March and was admitted to Sassoon. She died within weeks, leaving behind a 22-year-old son who had to give up his job as a photographer and earn a more steady income as a grocery store worker to support his aging father. An appeal to receive compensation for Bhalerao has stalled for months.

The Indian government launched the compensation scheme in March 2020, promising to pay families of any public health worker or private medical professional requisitioned by the government for “COVID-19 related responsibilities” who died in the line of duty.

On Nov. 29, Bharati Pawar, India’s minister of state for health and family welfare, told members of Parliament that 1,509 health workers had received compensation. She did not disclose how many health workers had died during the pandemic or provide details about their occupations.

The actual number of deceased health workers is estimated to be much higher. The Indian Medical Assn. compiled a list of more than 1,700 doctors alone who died of COVID-19.

The Ministry of Health did not respond to a request for comment.

Anita Panwar, president of the All India Government Nursing Federation, said the rules discriminated against nurses in private hospitals.

“PCR test results can take three to seven days, during which time patients [with COVID symptoms] would seek treatment in a private health facility,” Panwar said. “That’s how health workers got infected. But because they were not officially on COVID duty, they’re not eligible for the insurance.”

Singh’s 52-year-old father, Ranjit Singh, closed his small clinic in April 2020, as did many private general practitioners concerned at that time about getting infected. He reopened his doors after the local government, desperate to treat the growing number of patients, threatened police action against clinics that remained closed.

For weeks, Ranjit Singh saw hundreds of patients with COVID-19 symptoms. Amanjit Singh is convinced that’s how his father got sick, and then passed the virus to his mother.

Singh now lives with his maternal uncle. The second year culinary school student was denied a government program that covered college tuition for children of health workers who succumbed to the virus. He spent a week in a hospital because of a series of panic attacks triggered by the trauma of losing his parents.

“That void will never be cured,” he said. “Whatever I do, I keep thinking about what mom or dad would have said. Life will never be the same.”

Analysis: Putin and Biden are caught in a high-stakes gamble over Ukraine

A year after leaving office, Trump looks to 2022 to rebrand his legacy 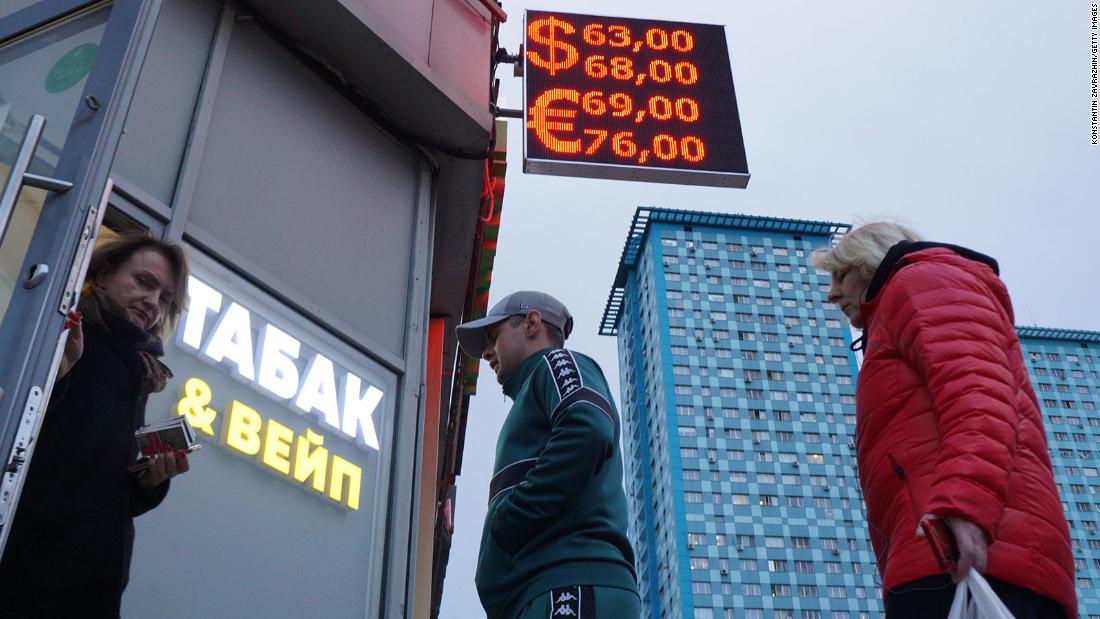 ‘We had no idea this was goodbye’: These are the 21 victims of the Texas school shooting
20 mins ago