But on Capitol Hill, it’s a different story.

While the lawmakers condemn the violence that occurred on Capitol Hill, a number argue that Trump had no role at all, despite the then-President’s constant rhetoric of mass voter fraud, regular promotion of the January 6 rally and incessant claims that Congress and his vice president, Mike Pence, could reverse Biden’s electoral victory.

Asked if he believed the election was stolen, Mast said: “I think there’s some real inaccuracies that we’re not investigating.”

For all the talk about a party divided, Republicans on Capitol Hill are largely in Trump’s corner, with a smaller contingent eager to move past the tumultuous era and willing to call out his election rhetoric and lies. After being acquitted by the Senate following his impeachment on a charge of inciting the insurrection, the former President plans to reemerge this weekend and deliver a speech before conservative activists, a venue where he could very well continue his assault on the integrity of the elections.

With polls showing roughly three-quarters of GOP voters believing there was widespread fraud, many Republican lawmakers show little willingness to set the record straight with their voters, even as court after court rejected one Trump-backed lawsuit after another in a futile bid to throw out Biden’s victory.

“I have a lot of concerns about election integrity that I think that some of their own state election laws and computations were broken,” GOP Sen. Roger Marshall, a medical doctor and Kansas freshman, said when asked if he’s willing to say the election was not stolen. “That’s why we needed to look at it.”

That view is not universal among Republicans, particularly senior Senate Republicans who are ready to move past the tumultuous Trump era.

“I am not,” Texas Sen. John Cornyn, a member of Senate GOP leadership, said when asked if he planned to go to Mar-a-Lago to visit Trump in Florida, as the top two House Republicans did in the aftermath of January 6.

But many others view Trump as still the dominant force and plan to stay allied with him.

Sen. Marco Rubio, a Florida Republican up for reelection next year, says he plans to visit with Trump at some point, noting that “he’s a constituent.” He credits the former President with bringing together “common sense wisdom and working class values” into the GOP, saying it’s “impossible” for Trump to not play a major role in the party.

“I don’t know how that would be the case or why we would want that to be the case,” Rubio said when asked if Trump should have no role in the party going forward, as Wyoming Rep. Liz Cheney asserted this week.

“He can say whatever he wants to say,” Rubio said.

In recent days, Trump has been in touch with his staunchest allies, including Sen. Ron Johnson, a Wisconsin Republican who spoke to the former President by phone last week. Johnson, who has been sharply critical of Senate Minority Leader Mitch McConnell’s comments lambasting Trump for his role in the riot, has himself questioned whether Trump supporters were responsible for the violence — all the while downplaying that there was indeed an “armed insurrection” at the Capitol.

“I think there are some real issues that have not been answered, and I think these are legitimate concerns about the election,” Johnson told CNN when asked if he believes the election was rigged. “I’m not afraid of the truth, OK?”

Johnson, who has yet to decide whether to run for reelection, faced a barrage of criticism this week for spotlighting during a high-profile hearing an article by a purported eyewitness suggesting that Trump supporters were not to blame for the violence on January 6.

Rep. Adam Kinzinger, an Illinois Republican who has become a leading critic of the Trump election lies, called out Johnson — and told CNN “no” that he would not support the Wisconsin Republican if he runs for a third term.

“You can’t peddle in conspiracies,” Kinzinger said. “My basic bar for anybody now is just to tell the truth. We need to peddle less in fear — peddle more in truth and inspiration.”

Yet Kinzinger is in the clear minority of his party.

“I want the states to look into it — so I’m not going to pre-judge,” said Rep. Joe Wilson, a South Carolina Republican said when asked if he believes the election was stolen.

Many Republicans won’t adopt the Trump line to say the election was “stolen.” But at the same time, they suggest that something went terribly awry in November.

Rep. Jim Jordan, who helped lead the charge on the House floor to overturn the election results in six states, said he’s “never” said on the floor that the election was “stolen.” But he quickly added: “Fifty million Republicans have real concerns — over one-third of the electorate. And several states, the key states, changed their election laws in an unconstitutional fashion.”

Yet efforts in the courts to challenge those state election rules were roundly dismissed — even rejected by Trump-appointed judges, including at the US Supreme Court.

Florida Sen. Rick Scott, who chairs the Senate GOP’s campaign arm, voted to overturn Pennsylvania’s election results even after the riot happened on January 6. Scott said “no” on Thursday when asked if he regretted that vote, arguing that the state “didn’t follow the law” in accepting ballots after Election Day, though courts upheld Pennsylvania’s actions.

Asked if he agreed with Trump that the election was rigged or stolen, Scott would only say: “We’ll see what he says. I know that Joe Biden is the President.”

Republicans on Capitol Hill often say that they are simply reflecting concerns voiced by millions of Trump supporters about mail-in voting problems and concerns about potential fraud that need to be fully investigated. A recent Quinnipiac poll said that 76% of Republican voters believe there was widespread fraud — even though clear majorities of Americans believe the election was free and fair.

Yet critics blame top Republicans for feeding that misperception by refusing to say the election was free and fair. House Republican Leader Kevin McCarthy joined efforts to overturn the electoral results after January 6, and signed onto a Texas lawsuit to invalidate millions of votes, as did his No. 2, Steve Scalise, a Louisiana Republican who refused to say over the weekend that the election was not stolen.

A minority of House Republicans believes that their party’s leadership should be clear that the election was legitimate and it wasn’t stolen.

“We’re not going to try to compete and gain power by blaming stolen elections,” Kinzinger said. Asked if he could back McCarthy for speaker if the GOP takes back the majority next year, Kinzinger suggested it depended on the message embraced by the House’s top Republican.

Anxiety in the ranks over Trump’s speech and 2022 prospects

Indeed, Republicans have concerns that the party’s split over Trump could endanger their prospects at retaking the majority in both houses come 2022, something exemplified last week when the former President lashed out at McConnell in strikingly personal terms after the Senate leader accused Trump of a “disgraceful dereliction of duty” and for being responsible for the events of January 6. McConnell declined to comment this week when asked if he regretted his remarks about Trump.

“I do believe it would be a lot cooler if we tried to get along and if we stopped kicking our own ass,” said Sen. John Kennedy, a Louisiana Republican.

Asked if he believes the election was stolen, Kennedy didn’t want to engage. “I’ve said all I want to say on this issue. At some point you have to stop talking about yesterday,” he told CNN.

Yet Trump could very well bring attention back to the election results when he speaks Sunday at the Conservative Political Action Conference in Orlando, even as several Republicans don’t want him to suggest the election was stolen.

“That would be a big mistake,” said South Carolina Sen. Lindsey Graham, a close Trump confidant who said he’s encouraged the former President to avoid saying the election was rigged and instead focus on comparing his policies with Biden’s.

“The election is over, and losses are tough,” said Sen. Shelley Moore Capito, a West Virginia Republican and part of McConnell’s leadership team. “I think the healing part of the nation is unity that the President could serve the nation better by accepting that fact.”

But some Republicans see it differently. “I’m OK with him saying that,” Mast said when asked about the potential that Trump could tell the CPAC crowd that the election was stolen.

Cheney, for one, said the decision is up to CPAC about whether he should speak there, but added: “I don’t believe that he should be playing a role in the future of the party or the country.”

But Cheney’s Wyoming senator, freshman GOP Sen. Cynthia Lummis disagrees. “I don’t agree with Liz Cheney on that at all,” Lummis said.

And indeed, Cheney is outnumbered when it comes to her views about Trump among Republicans in the Capitol — even more than a month after he’s left office.

“She’s an outlier in the party,” said Sen. Rand Paul, a Kentucky Republican.

Michael Somare, PNG’s ‘father of the nation’, dead at 84 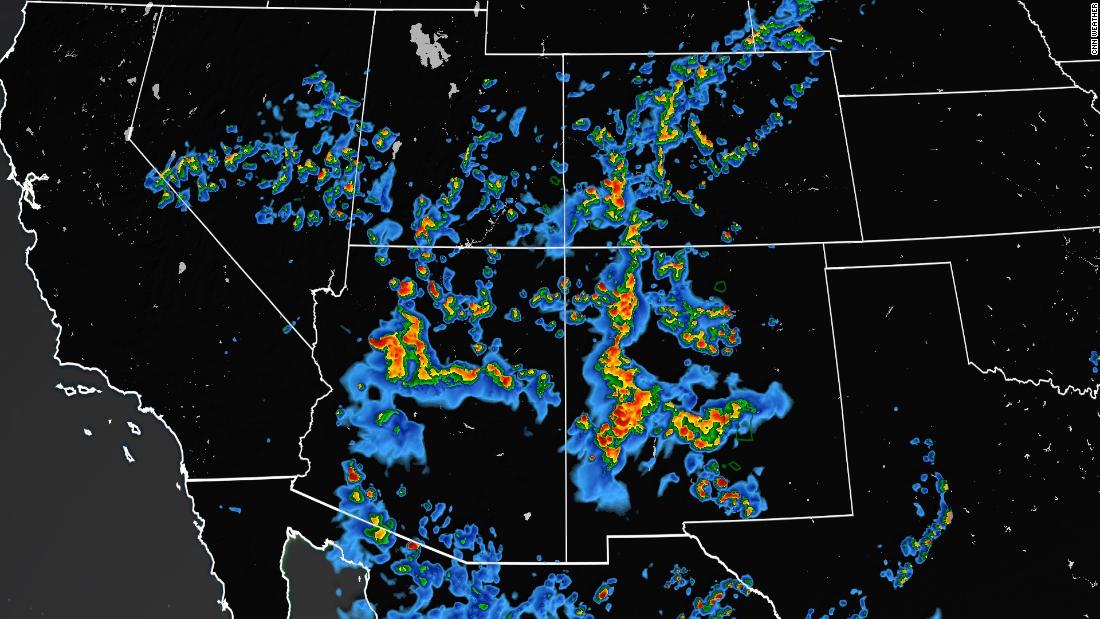