Boasting spectacular levels of luxury and state-of-the-art technology, the 2021 Mercedes-Benz S-class sedan is the German company’s flagship and a rolling statement of success. Although its storied history is partly responsible for that prestige, the latest generation looks to improve on its impressive predecessor in every way, making it an Editors’ Choice winner. The new S-class has grander proportions, an even richer interior, innovative safety equipment, and some seriously futuristic features. The highlights include a 3D gauge cluster, a massive OLED touchscreen, rear-wheel steering for better maneuverability, and an active air suspension that makes cornering smoother and keeps passengers safer in the event of a collision. A pair of turbocharged powertrains and standard all-wheel drive should ensure that the 2021 S-class sedan can whisk you to business meetings or gala events on time, but its indulgent amenities and lounge-like back seat could be a reason to be fashionably late.

The 2021 S-class sedan ushers in an all-new generation. It attempts to improve on the outgoing model by offering more style, more luxury, more space, and even more technology. We expect the high-performance AMG variants and the ultra-luxurious Maybach model to debut sometime after that. While Mercedes has said that there won’t be a next generation of the S-class coupe and convertible (called cabriolet), those 2020 models will carry over into 2021 without any changes.

Pricing and Which One to Buy

Although its starting price is significantly higher than the 2020 model, the new S-class boasts a host of modernizations and improvements to justify it’s six-figure price tag. We think the ultimate luxury item is a powerful engine, so we’d pay extra to have the 496-hp V-8 and the more prestigious S580 trunklid badge.

Mercedes offers the sedan with either a 429-hp turbocharged 3.0-liter inline-six-cylinder engine on the S500 or a 496-hp twin-turbo 4.0-liter V-8 on the S580. Both powertrains are supplemented by a 48-volt hybrid system (called EQ Boost) and pair with a nine-speed automatic transmission and 4Matic all-wheel drive. There will also be a plug-in-hybrid model that’s said to have about 60 miles of all-electric range. The S560 coupe and convertible also feature a twin-turbo 4.0-liter V-8, but it’s not electrically enhanced and makes 463 horses. Still, the last coupe we tested had smooth, expeditious acceleration that didn’t disrupt passenger comfort. It also provided precise feedback from the steering and needed 178 feet to stop from 70 mph. As for the new sedan, we’ve now sampled both it in its native Germany and on our shores, which both showcased its different suspension and steering modes. While every model rides on an air suspension, the E-Active Body Control has a “curve” function” that subtly leans the car into corners. However, Mercedes says this feature won’t be available until next year. The S-class can also be equipped with an all-wheel steering system that makes the big-bodied Merc surprisingly easy to maneuver in tight spaces.

Neither Mercedes nor the EPA has announced fuel-economy ratings for the new S-class sedan. Obviously, the government’s estimates will vary between the two different powertrains, and we expect the larger engine to drink more fuel. Once those official figures are released, and we have the opportunity to put the new S-class sedan through our extensive testing regimen, which includes our 200-mile highway route, we can evaluate its real-world mpg. Otherwise, the carry-over S560 coupe and cabriolet should have the same EPA ratings as the previous model year. Both of these body styles are rated at 17 mpg in the city and 26 mpg on the highway.

Inside, the new S-class receives a new design that prioritizes screens. Lots of them. The sedan is available with up to five, including a giant center touchscreen and a 12.3-inch digital gauge cluster. The latter works in concert with other technology to create a three-dimensional effect, but—thankfully—it can be turned off if you’d prefer the screens have a conventional appearance. There’s also an enhanced head-up display that will show navigation directions in augmented reality. Basically, arrows move and turn in real-time to supposedly better assist the driver. We expect the build quality and cabin materials to meet or exceed Mercedes’ upscale standards, and we know the sedan will continue to provide limousine-like accommodations for all passengers, specifically those riding in the back. The new model’s rear-seat area offers slightly increased headroom and legroom, and it can also be equipped with power-adjustable reclining seats that have massage functions and extensive heating elements. Along with being physically coddled, those in the back should be mentally entertained by the optional rear-seat entertainment system that adds two 11.6-inch screens on the front seatbacks as well as the interactive LED interior lighting.

A cutting-edge infotainment system has become a hallmark of modern luxury cars, and Mercedes makes good on that with its latest and greatest interface. The sedan’s center stack is dominated by a huge 12.8-inch OLED touchscreen that sits portrait-style, but it doesn’t come with any sort of touchpad or rotary controller. What it does come with is an enhanced version of Mercedes’ MBUX software that features improved voice-command functions and smartphone-esque capability, including facial recognition and fingerprint scanning. Of course, popular staples such as wireless Apple CarPlay and Android Auto, and wireless charging are standard. The S-class sedan also has a standard Burmester 3D sound system, but a more powerful Burmester 4D stereo is available, too.

Every four-door S-class comes with an array of standard driver-assistance technology, including the ability to park itself and even take preventative measures to protect passengers when it detects an imminent collision. The sedan will also be available with innovative features that include rear-seat airbags and an active suspension that will lift the car up to reduce the severity of damage during a collision. For more information about the S-class’s crash-test results, visit the National Highway Traffic Safety Administration (NHTSA) and Insurance Institute for Highway Safety (IIHS) websites. Key safety features include:

Mercedes has surprisingly mediocre warranty coverage compared with the protection that’s offered by some other luxury brands. For example, Genesis offers a significantly longer limited and powertrain warranty. BMW and Jaguar also have some of the best complimentary maintenance in the biz.

Joanne Linville, Who Played a Romulan Commander in ‘Star Trek,’ Dies at 93 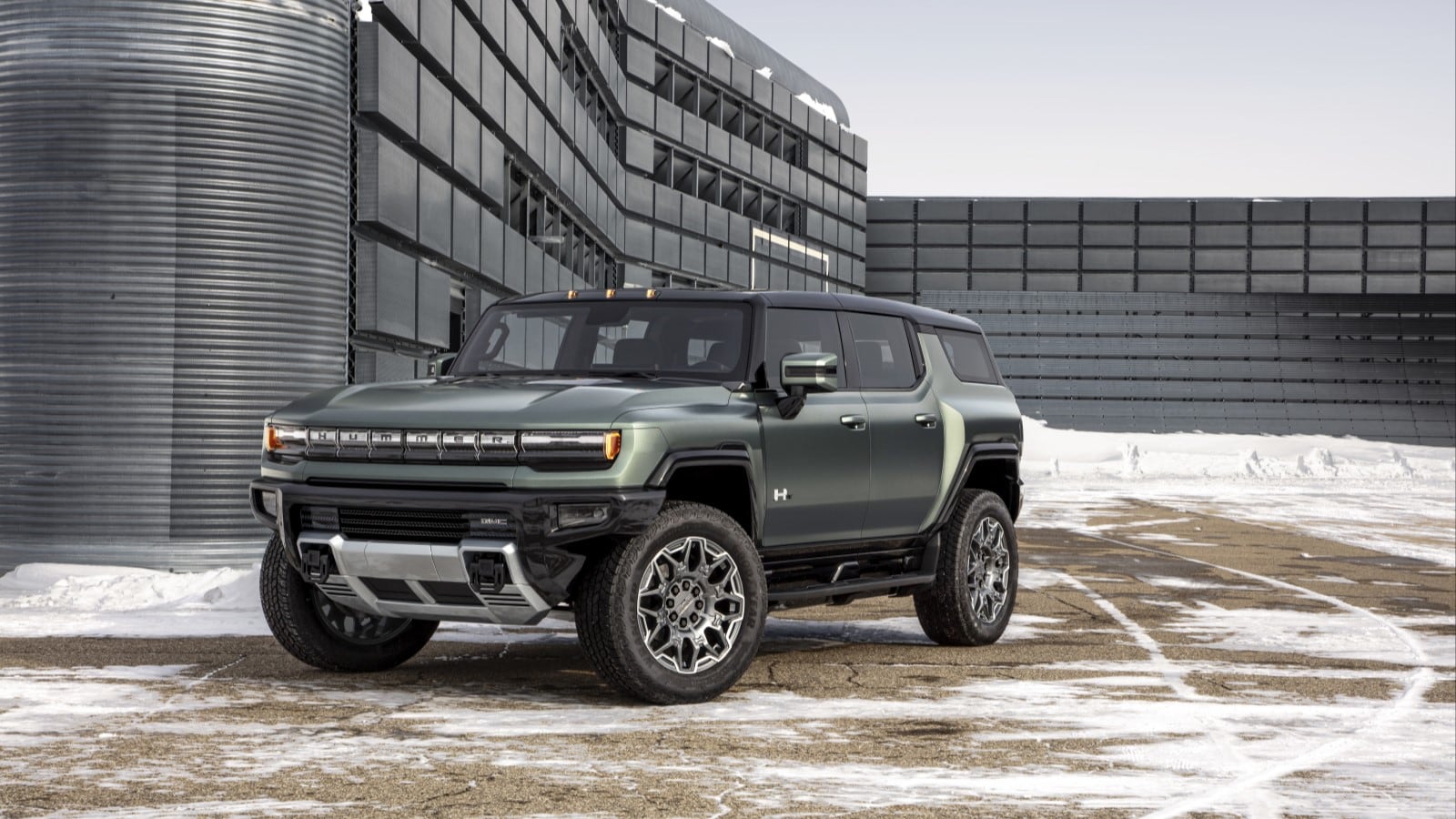 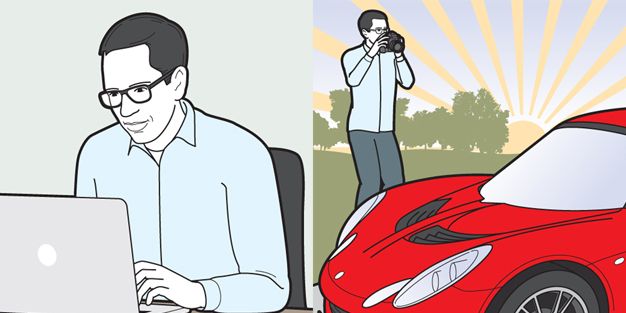 Selling Yourself: How to Offload Your Car Online, The Right Way

The surge of Covid-19 infections for unvaccinated people is only beginning, experts warn
55 mins ago

The surge of Covid-19 infections for unvaccinated people is only beginning, experts warn

‘White Boy Rick’ says the FBI and Detroit taught him the narcotics game then double-crossed him. He wants $100 million
1 hour ago

‘White Boy Rick’ says the FBI and Detroit taught him the narcotics game then double-crossed him. He wants $100 million

What’s behind far-right trend of using 3D tech to make guns?
1 hour ago