Hard to believe there’s an R 18 lurking under all that carbon fiber bodywork. Zillers latest creation is a bolt-on kit for BMW’s big cruiser. (NMoto/)

You’ve probably heard of NMoto, the Florida-based custom design studio founded by serial entrepreneur and avowed BMW fanatic Alexander Niznik. In fact, you’ve likely seen its most stunning creation, the “Nostalgia” bike that recreated the iconic BMW R7 using an R nineT as the base. Nostalgia raised eyebrows and garnered acclaim when it debuted two years ago, but after several other R nineT-based builds, Niznik has set his sights on the brand’s big-bore cruiser, the R 18.

The design for this sleek R 18 custom, however, was done by a team that knows a thing or two about radical builds—AMD World Championship-winning Zillers Garage (check out its Yamaha SR400 “Insomnia”), a shop well-respected for its razor-sharp attention to detail. For its part NMoto says it will serve as global distributor on this project, but the two are sharing design and production expertise which will yield joint projects in the near future. Clearly Zillers threw away the playbook for this BMW undertaking, completely changing the look of the R 18 and leaving almost no trace of the original’s retro style. There’s very little air to be seen in this interpretation, with the exposed bits that served as visual touch points on the stock R 18—like the fork, drive shaft, massive muffler, and even the engine—all being almost completely covered or partially obscured behind panels. The Zillers bike looks like it’s wrapped in steel but all the parts use lightweight materials; the futuristic body is made of carbon fiber, and those aluminum wheels are milled on a CNC machine, while the exhaust system is handcrafted from titanium. It even houses an air suspension system developed by Zillers itself, which means there’s no sidestand—when parked, the motorcycle rests on the spikes deployed from the belly. 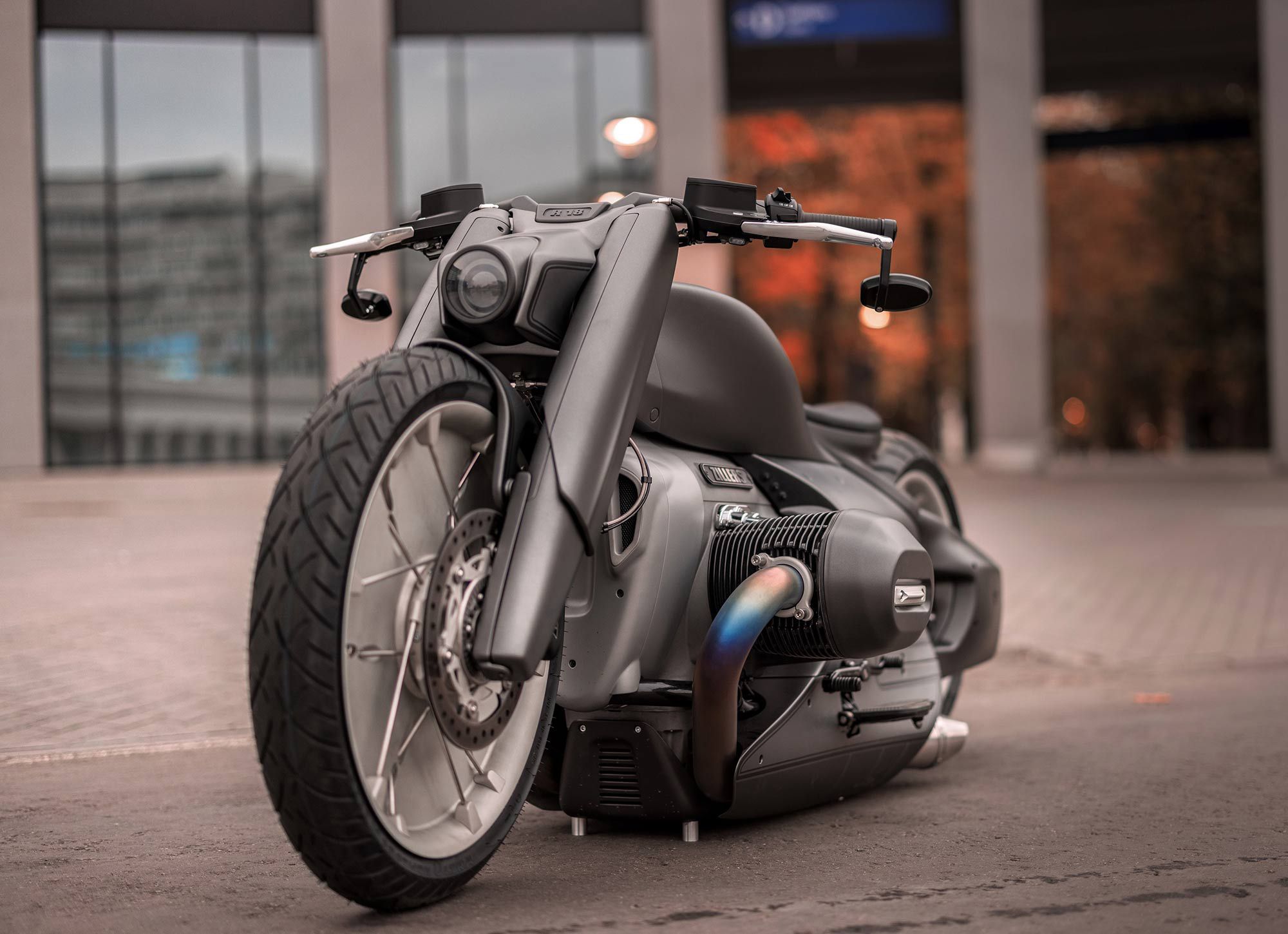 The Zillers-developed air suspension means the bike rests on spikes hidden at the bottom rather than a traditional sidestand. Carbon fiber parts include a custom stretched tank and chunky fork covers. (NMoto/)

For all its sci-fi good looks, the Zillers R 18 isn’t a one-off build though; it’s a kit. Which means, like some of Zillers’ (and NMoto’s) previous projects, the parts all bolt onto a donor bike while the engine, most of the frame, and some of the running gear (like the brakes) remain untouched, ensuring that the final entity (hopefully) retains the modern performance and reliability of the stock bike but gains the head-turning looks of a bespoke custom. 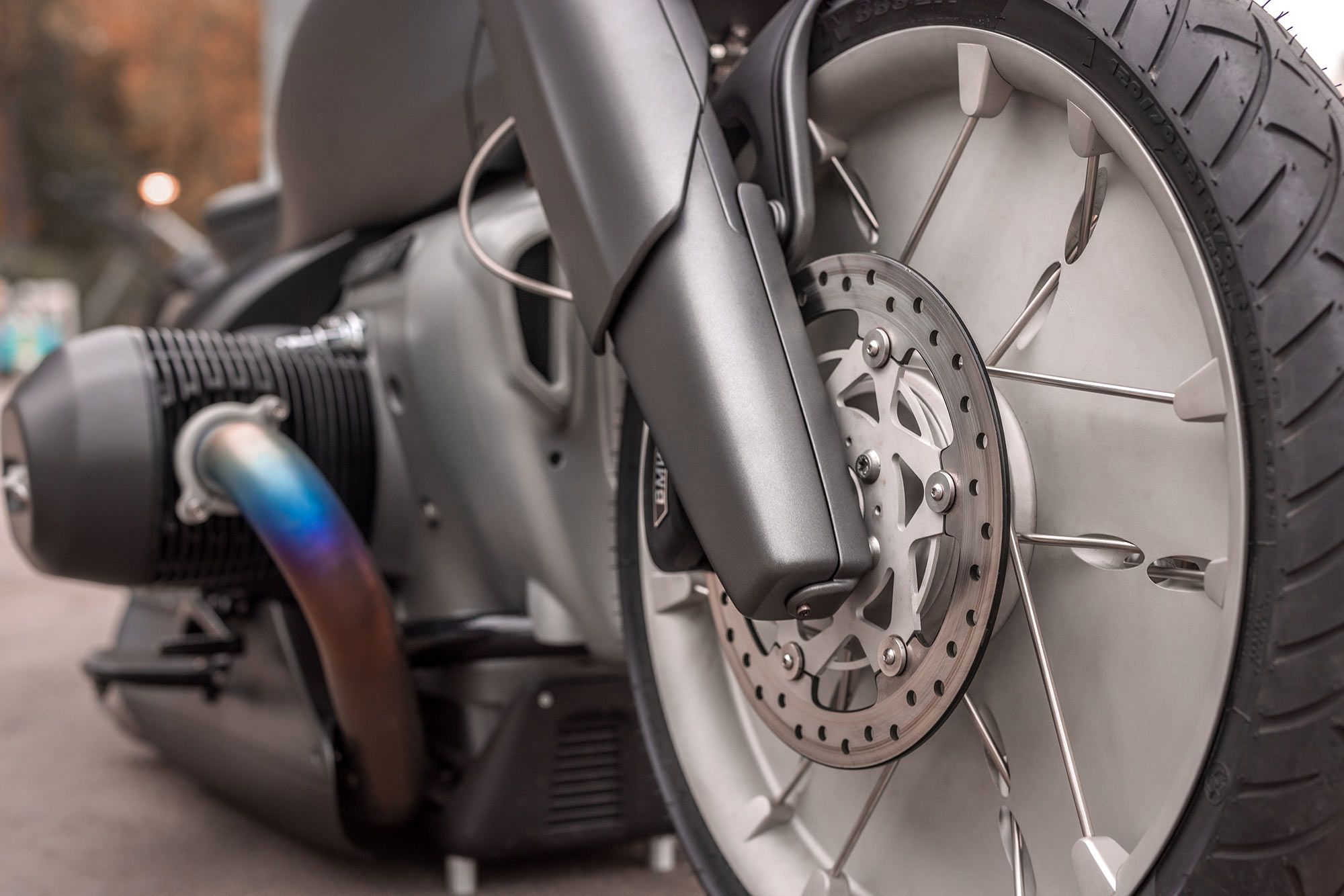 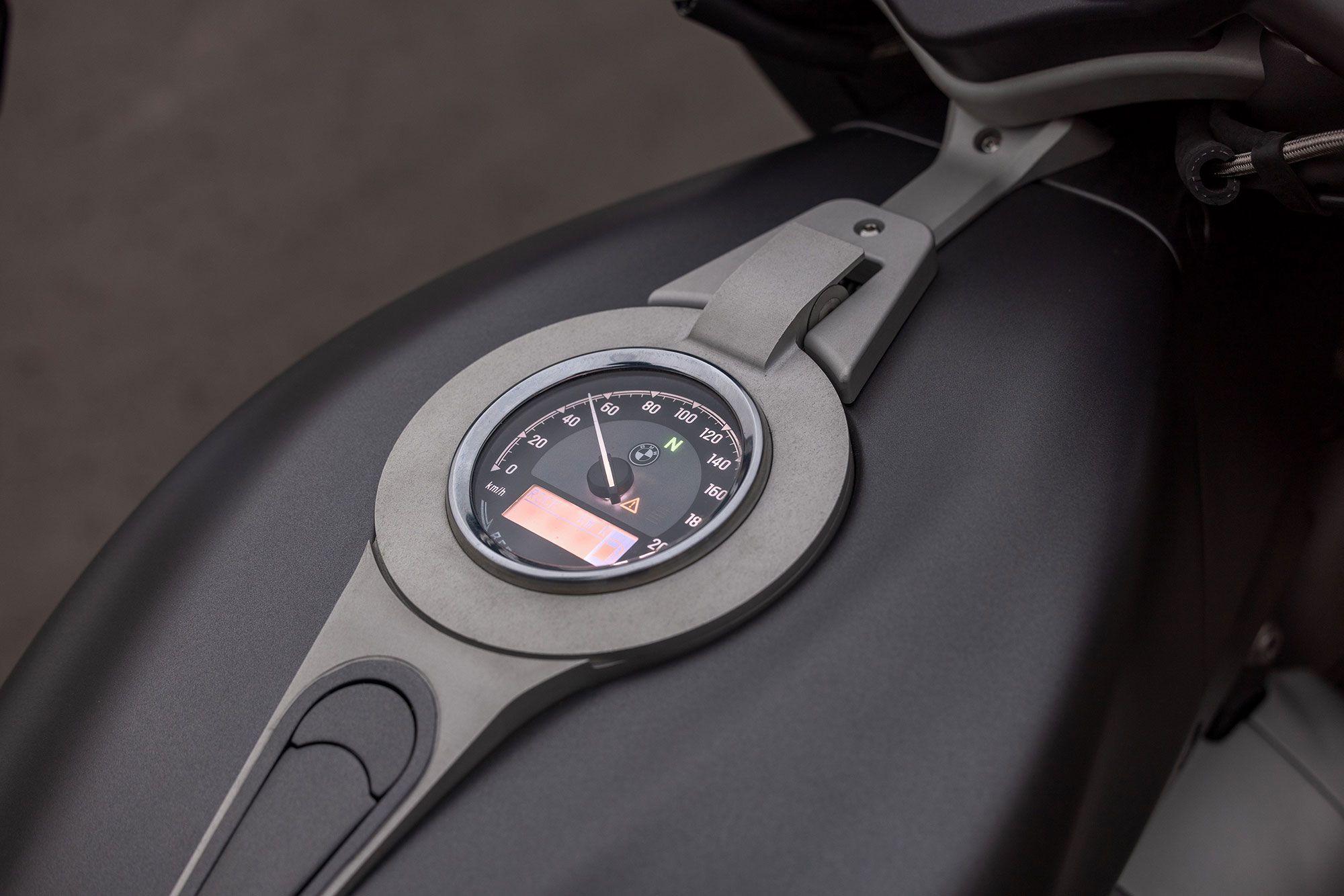 The instrument panel has been moved to the fuel tank and can be folded back to access the fuel filler neck. (NMoto/)

As for that performance, NMoto claims the Zillers R 18 is still in the same neighborhood as the stock R 18, with braking and handling staying on par, and the weight saving from the titanium exhaust possibly adding a bit more pep. For reference, when we tested the stock BMW R 18 we recorded 81 hp and 103 pound-feet of torque on Cruiser’s in-house dyno. 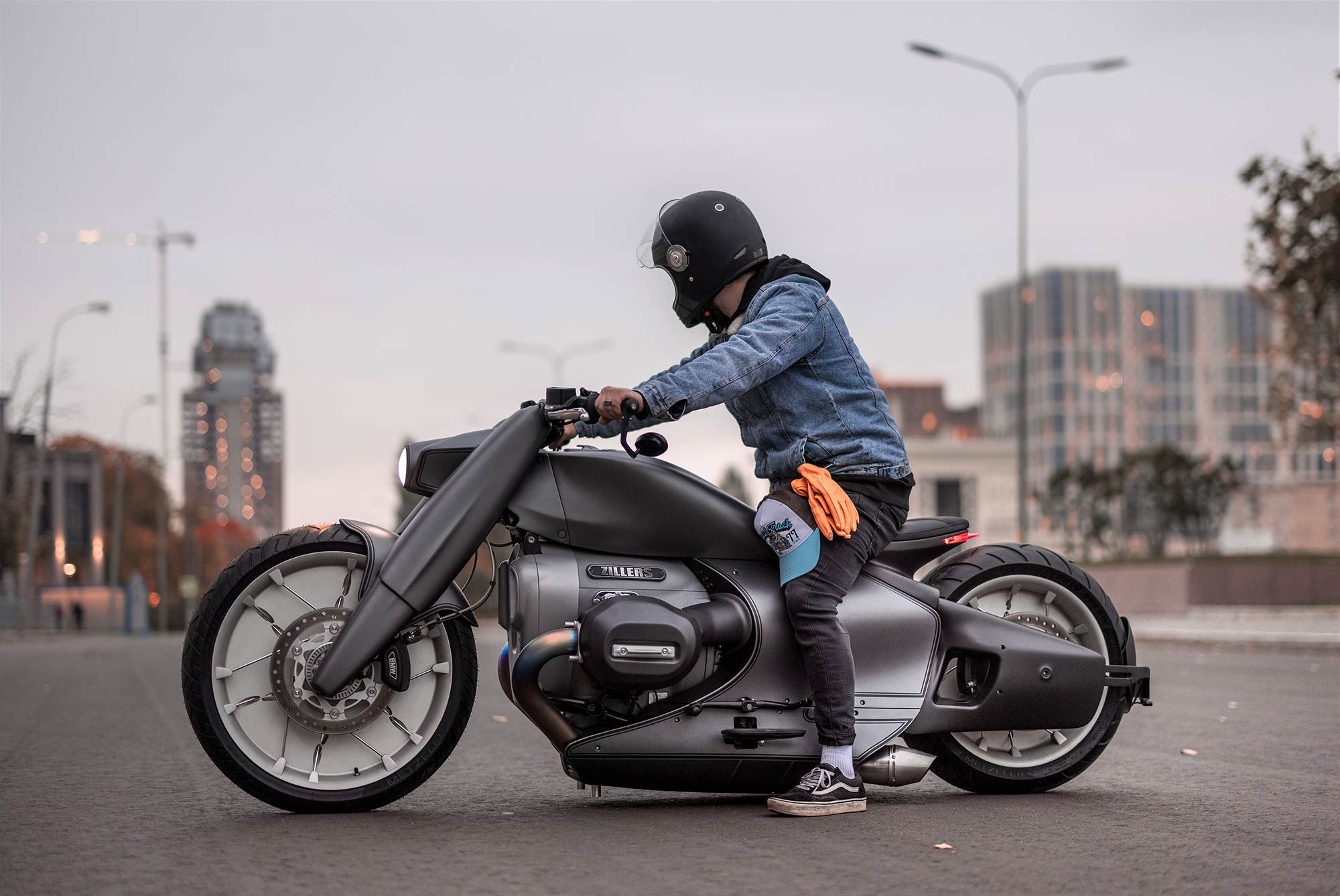 NMoto says performance is on par with the stocker, as the engine and most of the running gear stays stock. (NMoto/)

Thing is, there won’t be many of these radical bikes rolling around; only 13 units will be released worldwide. The motorcycle is available as a complete ready-to-roll unit or as a kit for self-assembly, but there’s another caveat; for the United States, the Zillers R 18 is available as a kit only—if you want it to be street legal. But as we said, the kit includes all the aforementioned parts (which can be prepainted to the color of your choice), mounting hardware, and detailed instructions, so buyers can bring their bike and kit to a local shop for assembly, with NMoto providing assistance on every step of the assembly process if needed. 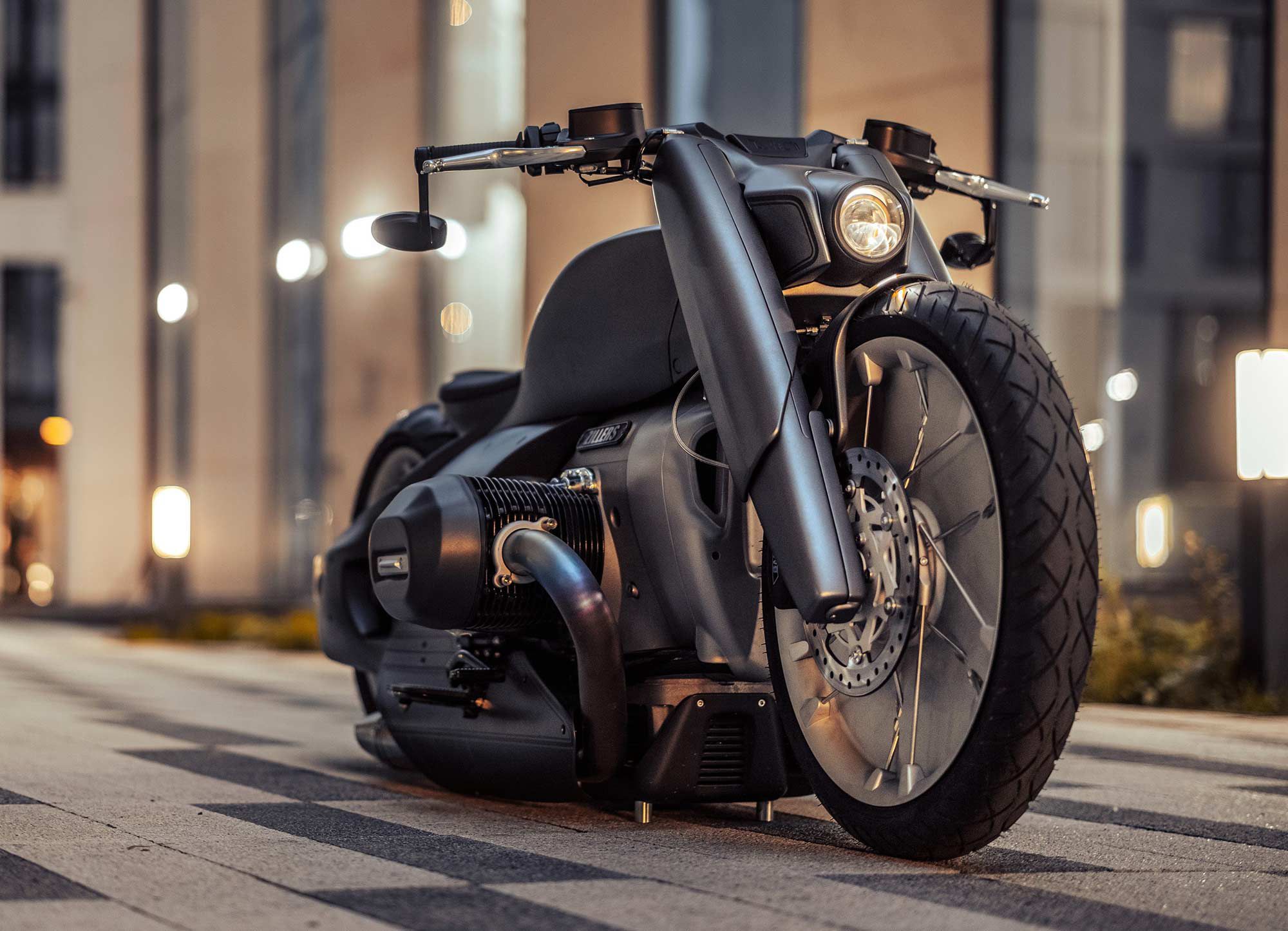 There are a couple more caveats we should mention too: The price for the kit is $44,900, and the time required from ordering to delivery is approximately four months. NMoto does state a 60 percent deposit to start production of the kit when you order, with the balance paid prior to shipping. If you’ve got deep pockets and the burning desire to roll on one undeniably radical R 18 custom, or you’re just curious, head over to nmoto.com/zillers-r18/ for more info. 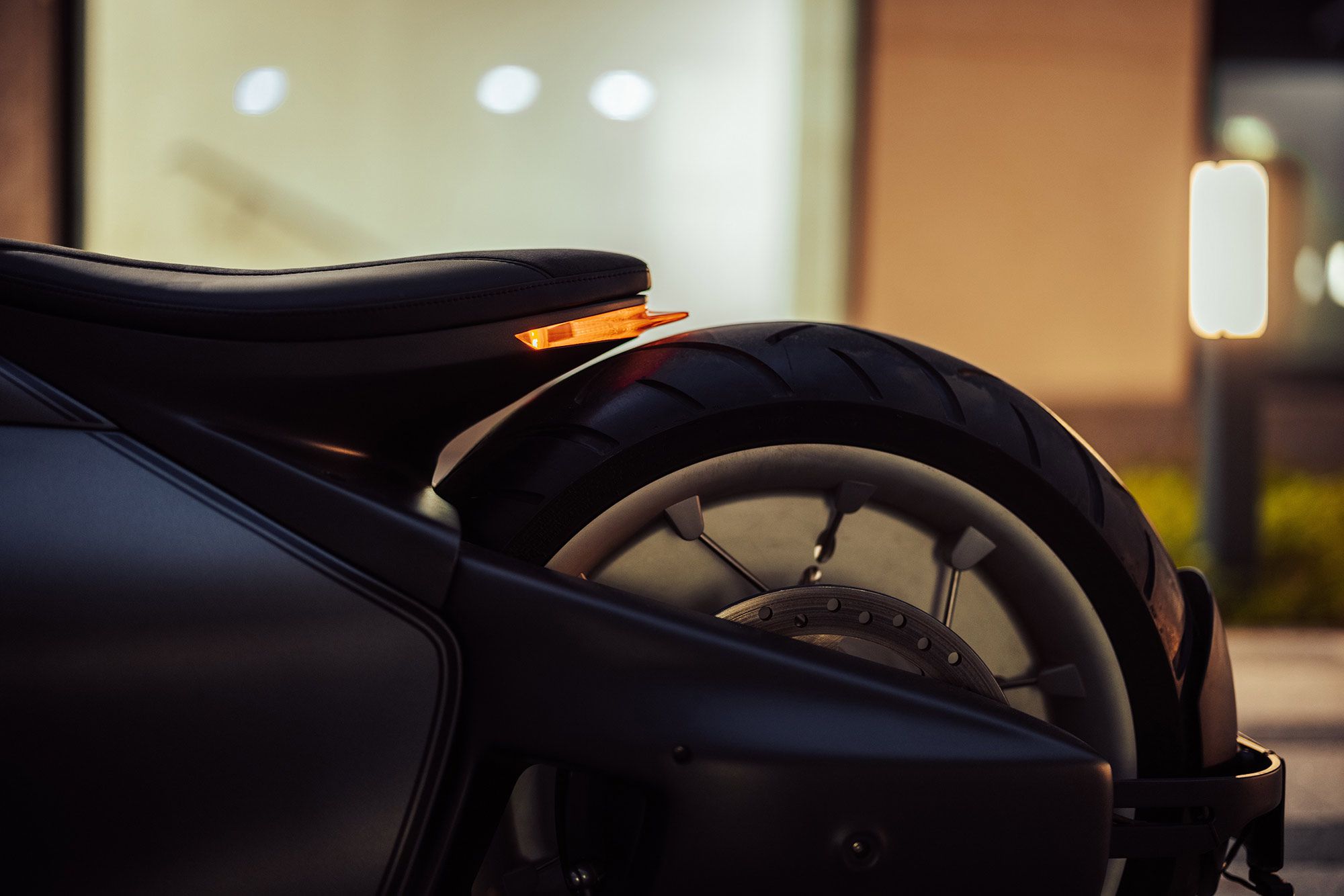 Custom seat has LED taillight integrated into the back. Air suspension or not, that is not a lot of separation between saddle and tire. (NMoto/) 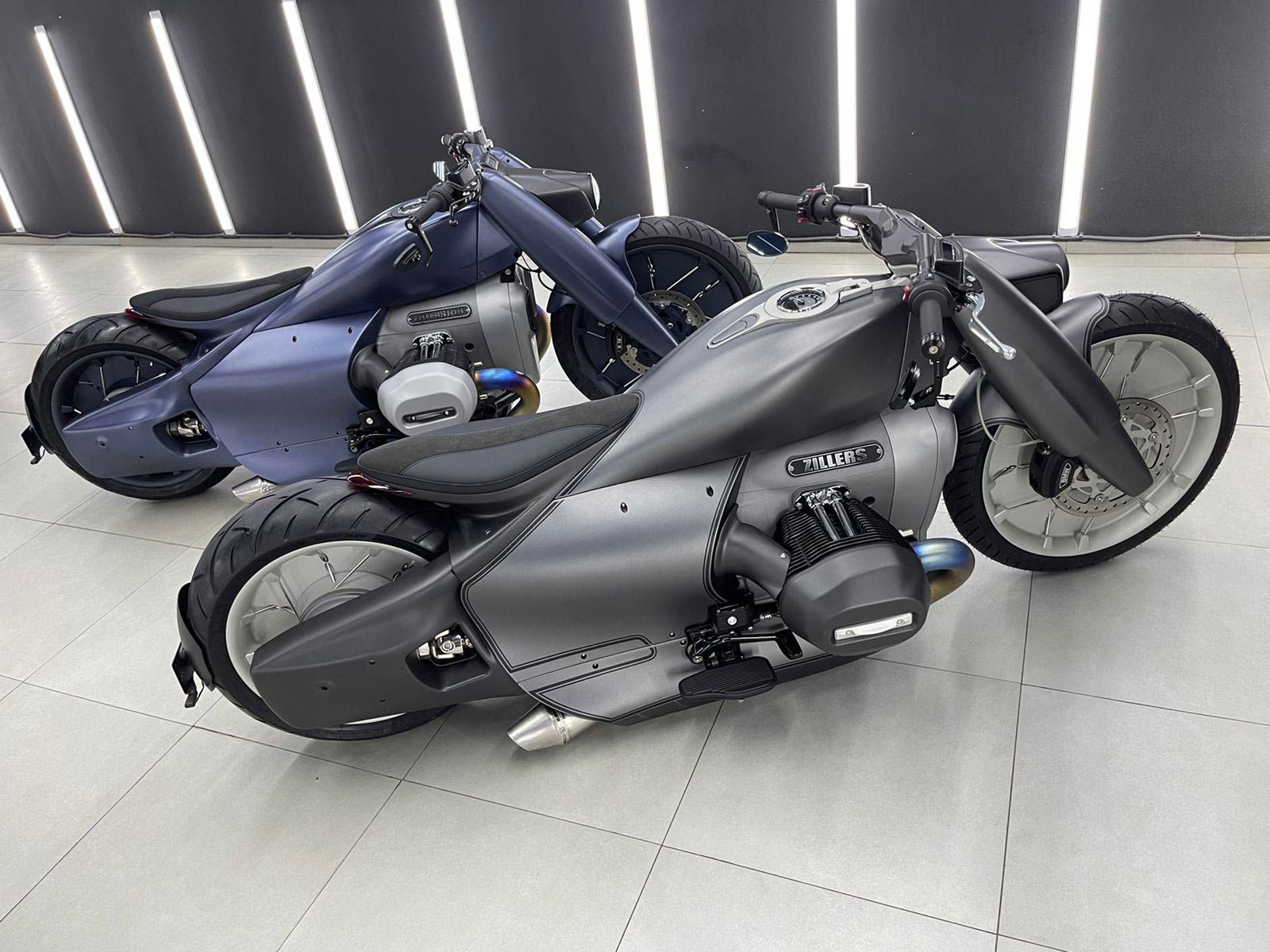 The Zillers R 18 is pretty unique. So unique, only 13 units will be released worldwide. (NMoto/) 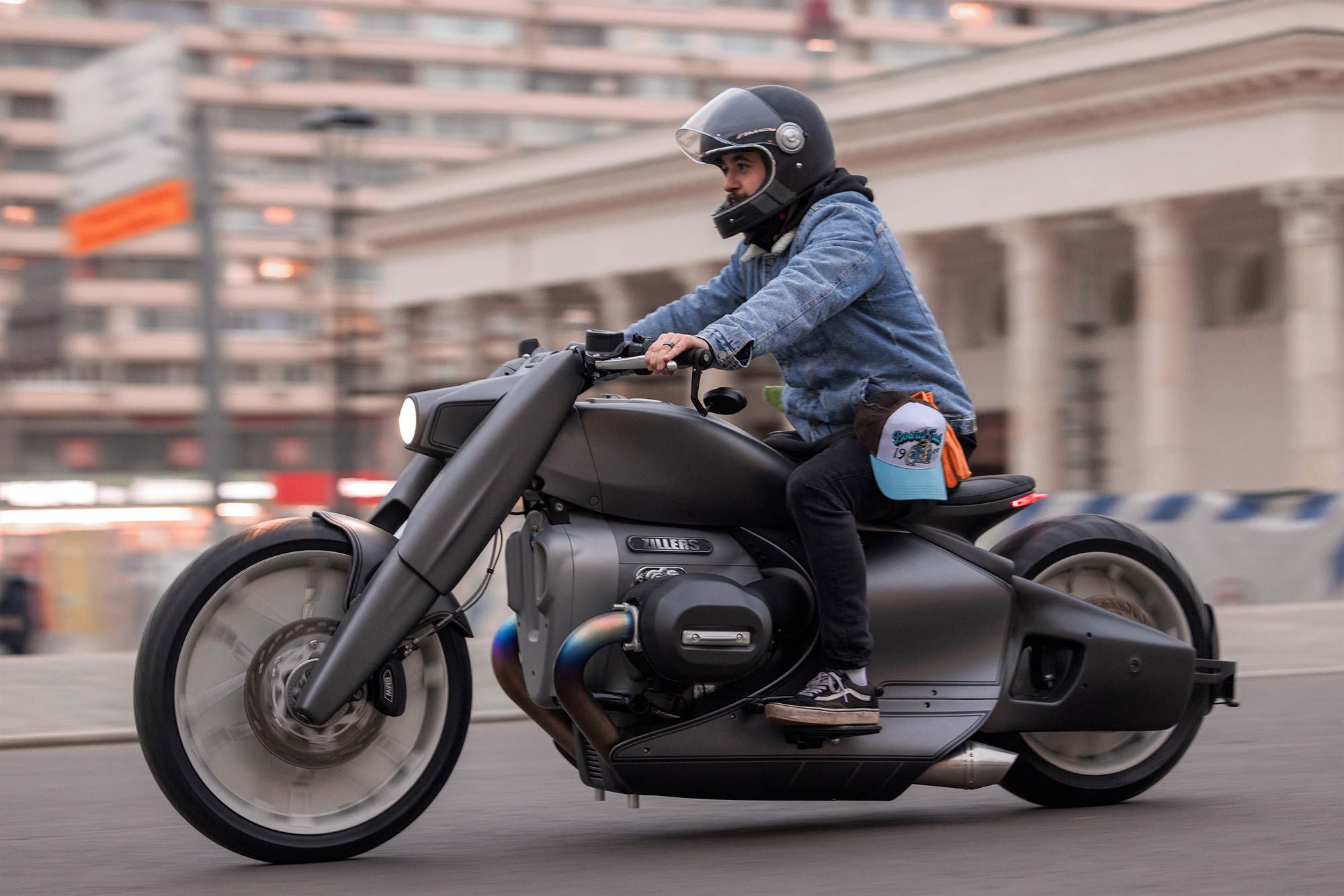 Which New Vehicles Have the Most Inventory? 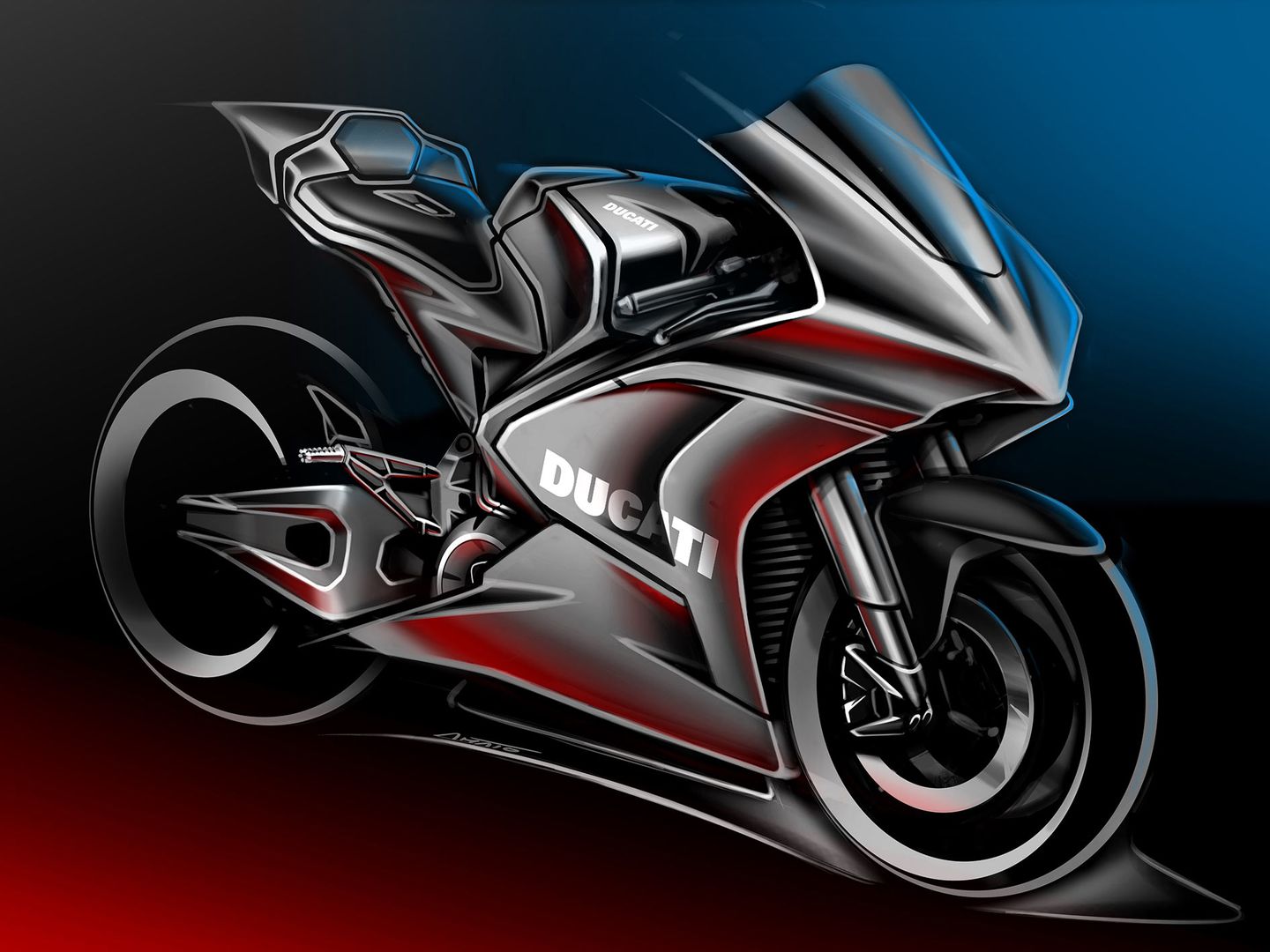 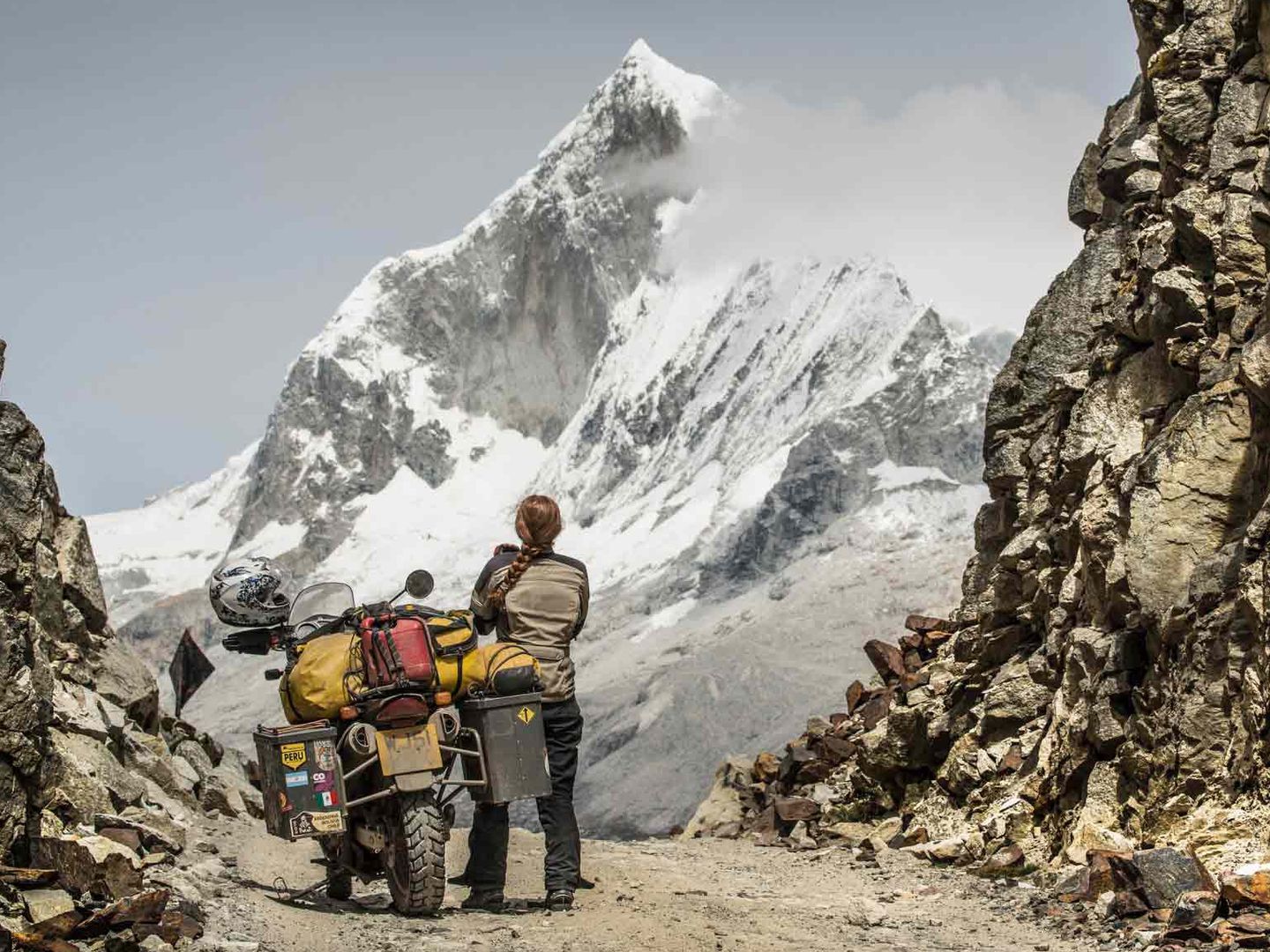 How to organize photos and memorabilia – Organized Photos
4 mins ago

How to organize photos and memorabilia – Organized Photos