Private detective Foxy Brown has survived a rape, numerous beatings, a brawl in a lesbian bar, a kidnapping and a shot — against her will — of heroin. But when the “dangerous lady” armed with guns, karate skills and sex appeal finally confronts her main nemesis in 1974’s “Foxy Brown,” she seems to be in great peril.

Played by Pam Grier, Brown is being held at gunpoint by two henchmen as she delivers a package to the murderous Miss Katherine (Kathryn Loder). When the outlaws discover in horror that the package contains the severed penis of Katherine’s boyfriend, Brown whips a pistol from her boulder-size Afro and opens fire, killing the two goons and wounding Katherine.

Then the distraught villainess begs Brown to kill her, and the detective proclaims, “Death is too easy for you, b—! I want you to suffer!”

Grier was a superstar in the 1970s during the so-called Blaxploitation era, positioned as a counterpart to Black male heroes such as Shaft in such films as “Foxy Brown,” “Sheba, Baby” and “Coffy.” Another notable female star of the period was Tamara Dobson, as the gun-toting Cleopatra Jones. TV tried to capitalize on the trend too in 1974 with “Get Christie Love!” in which star Teresa Graves delivered the spicy catchphrase, “You’re under arrest, sugar.”

That troubling shortfall will be turned upside down on Sunday when CBS unveils “The Equalizer,” a reboot of the 1980s TV drama starring Edward Woodward as former intelligence agent Robert McCall, who becomes a freelance crusader on behalf of victims facing overwhelming odds.

Premiering after Super Bowl LV, the show stars Queen Latifah, taking on the character most recently portrayed by Denzel Washington in the films “The Equalizer” and “The Equalizer 2,” which were heavy on atmosphere and brutal violence.

And like her male predecessors, Robyn McCall is a lethal weapon.

In one scene, the unarmed McCall takes on the kidnappers of a young girl. When one of the bad guys warns her to mind her own business, McCall calmly says, “I tried to mind my own business, but I’m really bad at it. But there are other things I’m really good at. So let the girl go and I’ll let you walk out of here.” When they refuse and attack McCall, she single-handedly makes them regret it.

“I like the idea of someone who uses their skills to exact justice,” Latifah said in a recent interview. “I’m not cynical. I still think there’s hope for the world.”

She added that she was a fan of the original series and of the films, and felt it would be “cool” to revamp the show with a Black actress. As for the dearth of Black women in lead action roles, Latifah said it is indicative of how Hollywood has treated Black actresses — and women in general.

“The playing field has never been level,” said Latifah, who has one of the most varied resumes in the industry. In addition to being an Oscar-nominated actress (“Chicago”), the entertainer has been a rapper, singer, talk show host and producer. She is an executive producer of “The Equalizer,” credited as Dana Owens, which is her real name.

“It’s been such an uphill battle for a long time,” she added. “Black women are not regarded the way we should be. We’re not held as the high standard of beauty, capability, wisdom, intelligence and strength that we actually are. So whenever we have an opportunity to show ourselves as we should be seen — that we’re not all the same — we should have that opportunity.

The heyday of the Black female action star ended when Blaxploitation did. While “Get Christie Love!” lasted only one season, viewers flocked to shows with white heroines such as “Charlie’s Angels,” “Policewoman” and “The Bionic Woman.”

During the Blaxploitation era, Black women were “seen as more built for bodily strength, and it was less of a risk to put them in those action roles,” said Jeffrey Brown, associate professor of popular culture at Bowling Green State University. But when that era passed, he said, Hollywood found it more fashionable to cast “glamorous, petite, upper-middle-class white women as action stars. They supplanted the Black women who had paved the way.”

Andrew Marlowe, a cocreator and executive producer of “The Equalizer,” is excited that viewers will finally be able to root for a Black female action hero again.

“It’s long past time to be able to see these characters on TV in these roles,” said Marlowe. “It’s an exciting cultural moment. We hope that in doing so, the show can find its success and we can normalize it. It’s very odd that we haven’t been able to see this before. Black women should be portrayed as the interesting, warm, powerful, complicated people that they are.”

“Queen Latifah as ‘The Equalizer’ felt like a natural to us,” said Terri Miller, the drama’s cocreator and an executive producer. “She is perfect for this role because of who she is and the world she’s created for herself.”

Close observers of culture are already celebrating the series.

“It’s really nice to see Queen Latifah breaking a couple of molds,” said Brown. “She’s not a sidekick or part of a team. She’s also not a 22-year-old ingenue. She’s got some gravitas to her as well as acting chops.”

Mark Anthony Neal, chair of the African and African American studies department at Duke University, said, “It’s the right vehicle for now. It makes sense given everything surrounding [the consciousness-raising movement] ‘Say Her Name’ and the number of incidents [of] Black women who have been targets of police brutality. This is Black women fighting back, not just for Black women but for others who don’t have the potential to fight back.”

Most opportunities for Black actresses to show their action chops in recent years have come instead in stories grounded in the fantastic or set in alternate universes.

Meanwhile, fare reminiscent of the Blaxploitation classics has struggled to break through. A planned revival of “Get Christie Love!” never came to fruition. The 2018 Taraji P. Henson vehicle “Proud Mary,” was released in the January doldrums to little fanfare by distributor Screen Gems. And Spectrum Originals’ “Bad Boys” spinoff “L.A.’s Finest,” which paired Gabrielle Union with Jessica Alba and premiered in 2019, was canceled after two seasons.

Latifah sees “The Equalizer” as an example of what can happen when the entertainment industry becomes more visionary and inclusive.

What's on TV Monday: 'Black Lightning' returns on the CW 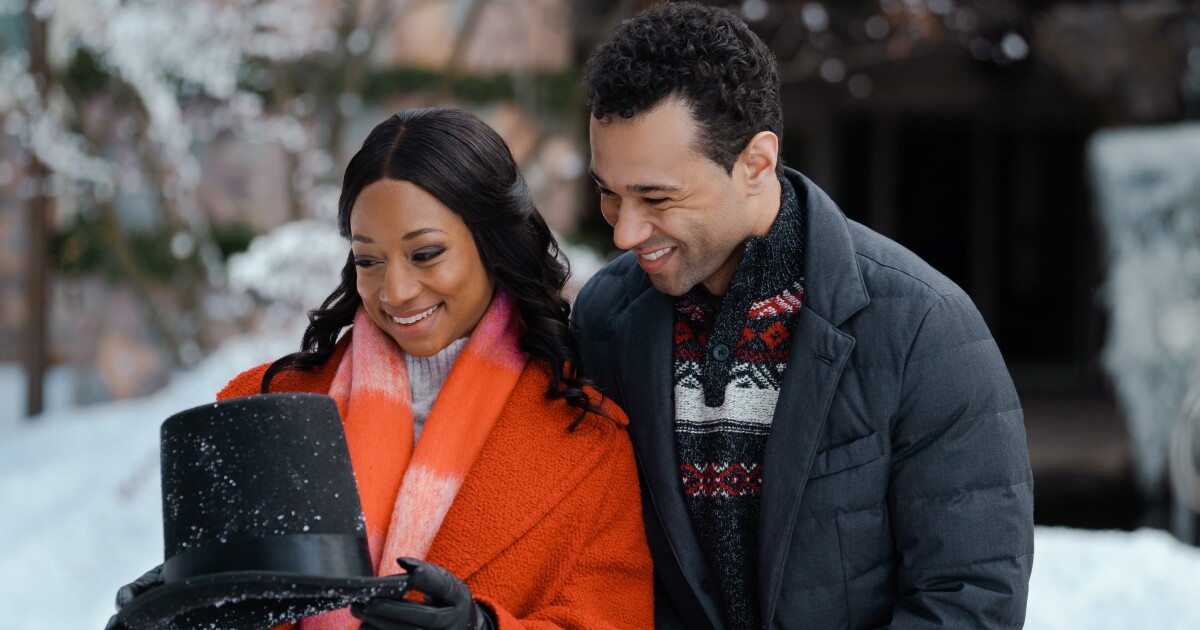