In a grainy home movie, a 7-year-old girl with tousled blond hair sits on a bed, talking to the person behind the camera. A timestamp indicates the date: Aug. 5, 1992.

“We went into your room and we went into the attic,” says the girl, who is busy cutting paper with a pair of scissors. “Then he started telling me weird things. Then secretly he went into the attic” — she mumbles something inaudible — “went behind me and touched my privates.” Her voice rises at the word “privates.”

The girl is Dylan Farrow. The person operating the camcorder is her mother, actress Mia Farrow. And the man whose alleged abuse she is describing is her father, filmmaker Woody Allen.

Portions of the videotape, which has been known to exist and discussed in general terms for decades but never before seen by the public, appear in “Allen v. Farrow,” an HBO docuseries from Oscar-nominated filmmakers Kirby Dick and Amy Ziering that revisits one of the most emotionally charged and divisive scandals in Hollywood memory.

For decades — even after Dylan came forward as an adult in 2014 — the allegations against her father have been dismissed by many as an unfortunate but private family matter or, worse, a false memory implanted by a vindictive mother bent on vengeance. “Allen v. Farrow” makes the case that Dylan was telling the truth all along, but was silenced by her well-connected father, his powerful allies in the media and a public unwilling to believe such a beloved filmmaker could also be a predator. (Allen, who was never charged with a crime and has denied all allegations of sexual abuse, called the series a “hatchet job.”)

Working with producer Amy Herdy, Dick and Ziering have amassed a mountain of evidence, including surreptitiously recorded phone calls, interviews with key witnesses and a newly uncovered cache of documents related to lawsuits and investigations in the early ‘90s. Mia Farrow, still fearful of Allen, gives a rare, in-depth interview about the ordeal, as does Frank Maco, the Connecticut prosecutor who chose not to pursue charges against Allen because he feared the psychological impact on Dylan.

But the footage of young Dylan, recorded at Farrow’s Connecticut home in the days after the alleged abuse, may be the most explosive and disturbing evidence presented in the four-part series. Particularly after hearing others try to discredit and pick apart her account for years, it is startling to watch the child tell her story, using simple gestures and direct language. To many, it will be revelatory.

“There’s no way that you can watch that tape and come away with any other conclusion that she was incredibly harmed,” says Herdy, an investigative reporter who worked with Dick and Ziering on “The Hunting Ground” and “The Invisible War,” documentaries exploring sexual assault on college campuses and in the military, respectively.

After a screening of “The Invisible War” some years ago, Tara Lynda Guber, wife of film producer Peter Guber, implored them to consider making a documentary about incest survivors and offered funds to develop the project. “It steals your identity and it’s something the public really doesn’t know or understand,” Ziering says of the subject. “How do you know who you are when your primal love bond is formed with someone who then transgresses and violates it?”

Thinking they might use her story in a larger project, the filmmakers interviewed Dylan Farrow and were astonished by her account.

Over the course of the next year, Herdy began to dig, gathering long-buried documents and recordings and tracking down old babysitters, caseworkers and prosecutors, some of whom hadn’t spoken about the case in decades.

“It was what I call ‘eyeball-stabbing work’ of going through thousands and thousands of pages of documents, boxes and boxes of files, and reading through all of them and discovering what was done — and not done — on her case,” Herdy says. “What we uncovered changed the project. This started out as a project about incest. And then we started getting these documents and these tapes that told a completely different story of coverup and malfeasance.”

By the middle of the second year, they had “committed to fully reexamining this story to piece together what really happened, and what that truth has to say about incest, power, gender, and celebrity privilege in our culture,” Ziering says.

Mia Farrow shared a trove of home movies shot on her camcorder throughout her relationship with Allen. The footage shows the director splashing around the pool and flying on private planes with Dylan and her siblings and, Herdy says, “illustrates that Woody Allen was very much a part of that family and very much a father figure for all of those children. And that is something that he denied over the years.”

Allen’s own body of work also comes under scrutiny, particularly his penchant for portraying relationships between older men and much younger women — sometimes teenagers, as in “Manhattan.”

“I was very interested in doing close reading of his films, which I always thought were interesting in the way they groomed the public to normalize power imbalances in gender relationships that were questionable,” says Ziering, whose background is in film theory. “He presented them in such a way that it sort of disarmed us all and made us more habituated to them.”

But the most haunting footage in the series is that of young Dylan recounting how Allen allegedly molested her, first in the TV room, then in the crawlspace next to Mia’s bedroom, referred to in family shorthand as “the attic.” For two days after the alleged incident, Mia says she picked up her camera any time Dylan started to talk about what had happened — a way to document the allegations as soon as possible since Dylan’s therapist was away for the summer.

The tape became a flashpoint in the battle between Allen and Mia Farrow almost as soon as it was recorded. Within weeks, a copy was sent to Fox 5 in New York. Anchor Rosanna Scotto briefly summarized the contents of the tape on air, but it was not broadcast.

Later that year, Allen, who had fought for the right to view the tape after it was given to authorities in Connecticut, claimed it was a “ludicrous and wicked cassette” and “tangible proof” Mia was an unfit mother.

Others apparently disagreed. The tape was submitted as evidence in the 1993 custody trial between Allen and Mia Farrow. The judge in the case, who ultimately denied Allen custody of Dylan and her brothers Moses and Ronan, concluded there was no credible evidence Dylan had been coerced, and that Allen had behaved in a “grossly inappropriate” way toward his daughter.

According to Herdy, Mia handed the tape over to Dylan when she was in her early 20s, encouraging her daughter to do whatever she wanted with it. Well into the making of “Allen v. Farrow,” Dylan, who initially had been reluctant to share the video, decided to show it to the filmmakers.

Ziering and Herdy, who had been visiting Dylan at her home, were rushing out the door to beat an impending snowstorm. “And in that moment, Dylan said, ‘OK, I think I’m ready. I would like to sit down and watch the tape with you,’” Herdy recalls. “And we dropped our bags and said, ‘Absolutely.’”

It was Dylan’s first time watching the tape, roughly 11 minutes long, in its entirety. “It was too painful for her to do” before that, says Herdy, who believes their work on “The Invisible War” and “The Hunting Ground” had convinced Dylan they would handle “this deeply personal piece of footage” with sensitivity.

Herdy tried to maintain a poker face as they watched the tape. “You don’t want your emotional response to become their responsibility. I was trying to be present for Dylan, who was really triggered, understandably so, by watching it,” she says. “But inwardly, I was devastated for that little girl.”

Initially, they did not expect to include the tape in the documentary, but Dylan gradually allowed them to use a few judiciously selected moments “in the service of helping others,” Ziering says.

“As you can imagine, it’s extremely intense and harrowing to watch,” says Dick. “After considerable thought and discussion, we felt it was important to use small portions of the tape, because it serves as evidence of Dylan’s outcry.”

The tape is interspersed in snippets throughout the documentary. At one point, an emotionally weary Dylan tells her mother she doesn’t want to talk about the alleged incident anymore. (In the same episode, we learn that Dylan subsequently had to sit for nine interviews with specialists at the Yale New Haven Hospital, who issued a report concluding that Dylan had not been abused. Interviews in the series with professionals in the field cast the methods and conclusions of the report into doubt.)

Dylan offers her own verdict.

“What’s in that tape feels like that is who I am when you strip away everything else,” she says in the series. “You look underneath all my layers down to the very center of who I am. I am that little girl on the tape. It’s a very vulnerable part of me, and a very hurt part of me. That little girl is in a lot of pain.”

Review: 'Night of the Kings,' a movie about the power of storytelling, also has a good story to tell 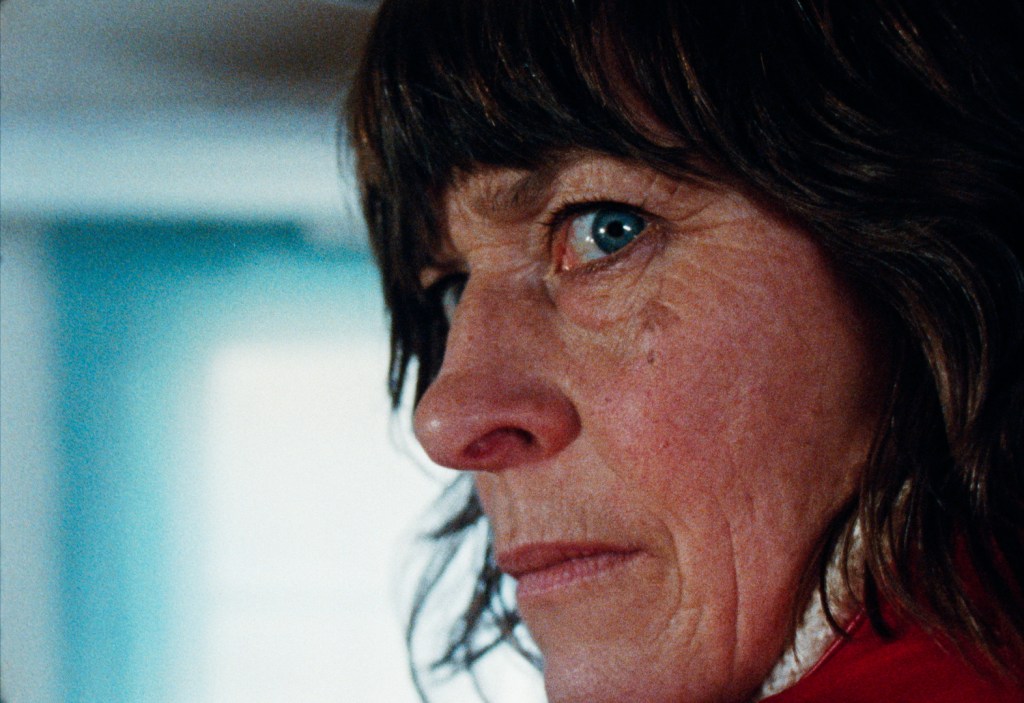 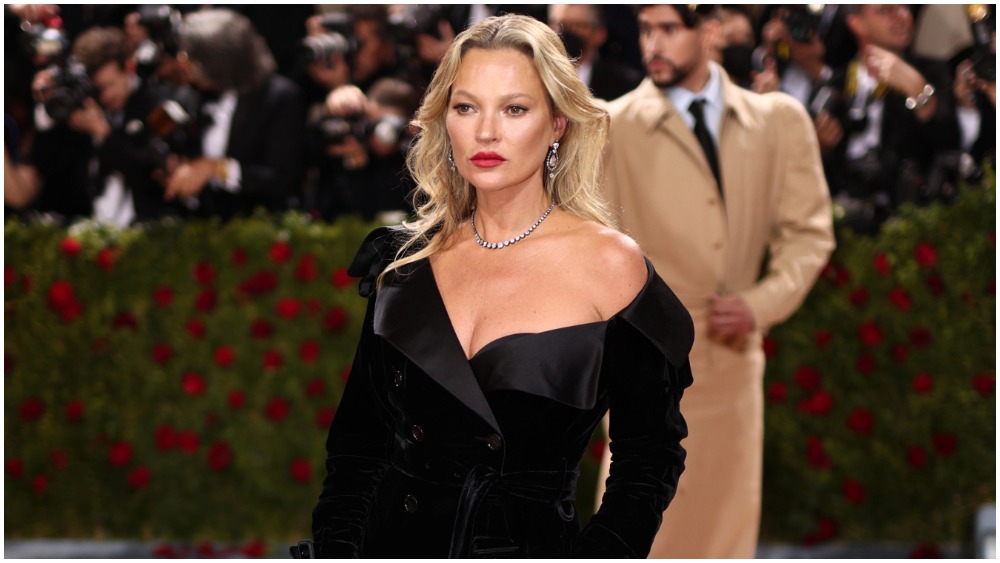 Did the Buffalo mass shooting suspect’s 90% white hometown fuel his hate?
55 mins ago