Warning: This story contains spoilers from the series finale of “Younger.”

In the very last scene of “Younger,” Liza (Sutton Foster), wearing a chambray button-down shirt, tries to order a round of drinks at the bar. She’s frantically waving her shoe in an attempt to get the bartender’s attention when Josh (Nico Tortorella), dressed in a crisp white tee, interrupts her.

Josh: Whoa, you don’t wave a shoe, you never wave a shoe! In Thailand, that’s considered a capital offense.
Liza: And you’ve been to Thailand?
Josh: Ah, no. But I have been to Myanmar…
Liza: … which used to be Burma …
Josh: … back in the day.
Liza: I knew that!

Any devout fan watching this scene probably got a feeling of deja vu: Is this the first episode of the series or the last?

The answer, of course, is both. “After seven seasons, it’s tough to end a series in an elegant and satisfying way,” creator Darren Star told The Times. “We all thought it’d be great to have this full-circle moment where we go back to the pilot, if we could find a way to get there.”

It’s quite far from where the series finale began: Liza and Charles (Peter Hermann) are lying in bed and smiling about their reconciliation in the previous episode, in which he left Quinn (Laura Benanti) and told Liza he loved her. “I just know what makes me happy, and to pretend anything else would be just lying to myself,” he tells her. “Only the truth from now on, even if it hurts.”

The hourlong installment takes Charles’ words to heart. Consider the episode’s musical number, which literary agent Redmond (Michael Urie) asks Liza and Charles to watch as a potential investment opportunity. A cross between the “Chicago” roll call “Cell Block Tango” and the “Assassins” opener “Everybody’s Got The Right,” it equates Liza’s fibs about her age to schemes of infamous liars like Elizabeth Holmes, Billy McFarland, Bernie Madoff and Rachel Dolezal.

“When it’s the last season of your show, you want to do everything on your wish list,” said Star of the performance, with lyrics by parodist Ryan Raftery. “But it wasn’t completely gratuitous because it pushed the Liza-Charles story along by bringing the big lie back up again.”

Charles, however, says he has come to peace with that chapter. And it turns out he’s also OK with the fact that Kelsey (Hilary Duff) covertly sent her and Liza’s proposal for their unconventional e-book publishing app Inkubator to investors for a valuation, in case they can get a better deal as a standalone venture than with their publishing house, Empirical.

He already knew Kelsey did that but wanted to hear Liza cop to it herself. “Wait, so you were testing me?” she asks him. “Maybe — in a way, I was — but you passed,” he responds, an answer that visibly irks Liza.

“After everything they went through, Charles wanted a level of complete honesty between them,” said Star. “You see Liza realize that she was never going to be in a safe place with him. There would always be this cloud of suspicion over everything she did, and this would be a relationship where she’d be continually tested.”

Liza soon confesses that she secretly submitted Charles’ unfinished manuscript to the notable writers’ colony Yaddo — and he was accepted. While that’s great news, Charles isn’t thrilled. They discuss it while lying in bed later that night:

Charles: If I hadn’t gotten into Yaddo, would you have let me know?
Liza: Uh, I don’t know. Maybe not.
Charles: Yeah, why bother? Because I didn’t even know you applied. … It would’ve just been your little secret.

It’s a passive-aggressive response that doesn’t go unnoticed. “For Charles, even a white lie, or a lie of omission for the purpose of protecting somebody’s feelings, was considered a lack of integrity for him,” said Star. “We all tell little lies like that, and they’re forgiven. But Liza realized all the things that other people let slide very easily in their relationships weren’t going to slide with them.”

Liza then asks the big, honest question: “Hey, we’re not gonna make it, are we?” Charles shakes his head: “I don’t think so.”

“We wanted to have almost an unspoken moment between them when they really understood that, though they loved each other, it was going to be an impossible relationship to have because he was just never going to forgive her for the original big lie,” said Star. “She was being held to an impossible standard that nobody could ever maintain. So as much as they both wanted to make it work, it just wasn’t going to.

“Maybe, had they met each other under different circumstances, it might have worked,” he continued. “But then again, if they were being honest from the beginning, Charles would have had to meet Liza as a divorced housewife from New Jersey who wanted to get back into publishing, and she would have had to meet somebody who was looking at her like she was a divorced housewife from New Jersey.”

After their breakup, Liza and Charles are back at the office, where she tells him that she plans to resign. But Charles, it turns out, is seizing the opportunity to go to Yaddo and finish his book. He plans to leave Empirical in her hands while he’s gone — and maybe longer. In their final scene together, they genuinely thank each other.

“You have to remember that, for most of the seasons, they were projecting ideas onto the other person, and they didn’t really have a lot of time to actually be their authentic selves together,” Star explained. “It’s also a lot of projection and wish fulfillment from the audience as well — this idea of ‘These two look like they should belong together, so they do belong together.’ In fact, there are a lot of reasons why they aren’t really that suited for each other.

“But they had a passionate love affair, and Charles, through his relationship with Liza, discovers a way to reinvent his life,” he added. “I think he gets so much out of his relationship with her. Finding a partner may not necessarily be what he needs. What he might really need is to feed his creative side, and she helps him find a way to do that.”

The episode concludes with the ladies celebrating their collective good news: Liza’s new role at Empirical, Maggie (Debi Mazar) and Lauren’s (Molly Bernard) respective romances, and Kelsey’s next adventure on the West Coast, after Inkubator finds a home with a Los Angeles-based company. (A spinoff about Kelsey’s next chapter would’ve been “a bit of a female ‘Entourage,’” and is unlikely to move forward due to Duff’s commitment to a new series.)

“Regardless of the spinoff, that was gonna be her path,” said Star. “She had to get out from under publishing and completely set off in a different direction. We felt she needed a fresh start — her own reinvention.”

Liza then heads to the bar and runs into Josh. They look similar, though not exactly the same to how they did when they first met. “Seven years later, Liza and Josh have each grown up a little bit,” said costume designer Jacqueline Demeterio.

Some of the tweaks? Foster wore a denim Celine shirt (instead of the Current/Elliott top from the pilot) and waved a Prada leopard-print shoe rather than a nondescript black flat “to show a slight evolution in her personal style.” (Once Foster tried on the outfit in her final fitting with Demeterio, they both got teary-eyed.)

Tortorella, who wore a burnout’s white T-shirt in the first episode, was updated with a Saint Laurent tee, complete with a tattoo heart design just below the neckline. “I didn’t want it to look like we were trying too hard or distract from what was happening,” said Demeterio. “I just wanted it to be subtle and keep the focus on them two in this moment that’s going to be the end of the whole series.”

After they repeat their meet-cute, she says offhandedly, “Sorry, I didn’t see you there.” He gives her a layered, puzzled look. “Really?” he says. “Because you know what? I’ve been right here, by your side, all along.”

His response is visibly unexpected by Liza — and, likely, the viewer, who hadn’t seen much of Josh all season. “We knew it was worth having him sit back for a while so we could have that beautiful moment at the end of the series,” said Star. Writing those key lines, Star “wanted to keep it simple, heartfelt and real.”

The camera zooms out as they continue to repeat the banter of their first meeting — a decision that leaves their fate up for debate. Does this mean Liza ends up with Josh after all?

“There’s always been a real authenticity between them since the beginning of the series — even though she did lie to him, that lie was revealed by the end of the first season, so he certainly knows her better than any man on the show,” said Star. “I think Josh really loves her, and I think she really loves him.

“In that very last moment, after everything with Charles, Liza is definitely looking at him through fresh eyes and seeing him from a whole new perspective,” he continued. “I don’t know if they’re gonna be together, but I think they’re open to the fact that they’re always going to be in each other’s lives.”

Those final frames — and Star’s explanation — might be unsatisfying to anyone who’s been waiting for years for a more definitive answer about Liza’s love life. “But the show was never about Liza finding a man; it was always about Liza reinventing herself,” reminded Star. “She’d already had a marriage, she was looking to have a career.

“So I never really thought it was such a binary thing — Josh or Charles,” he added. “And I didn’t felt the pressure or obligation to have this big, romantic endgame for her because, to me, at its heart, that was never really what the show is about.”

'Gossip Girl' reboot trailer is here to talk about 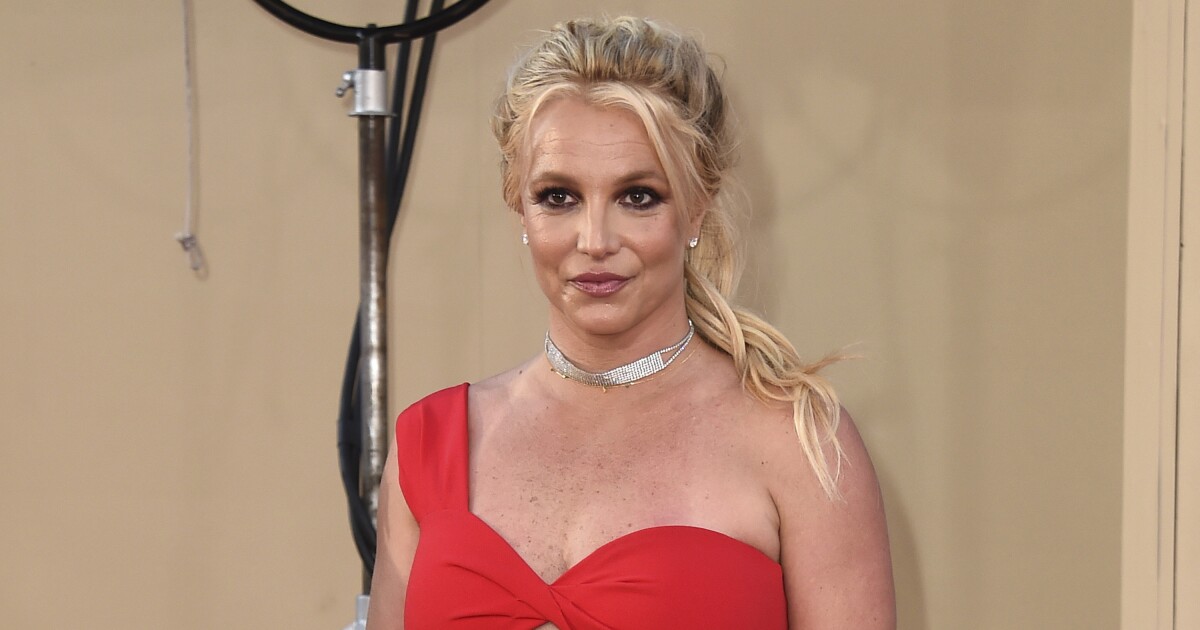 Britney Spears will speak at her conservatorship hearing. Here’s what you should know 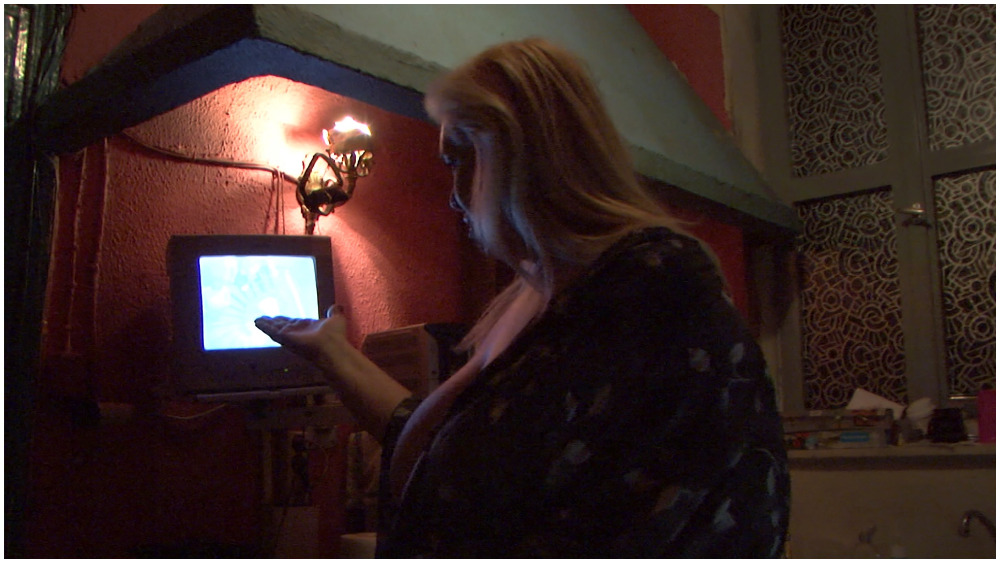 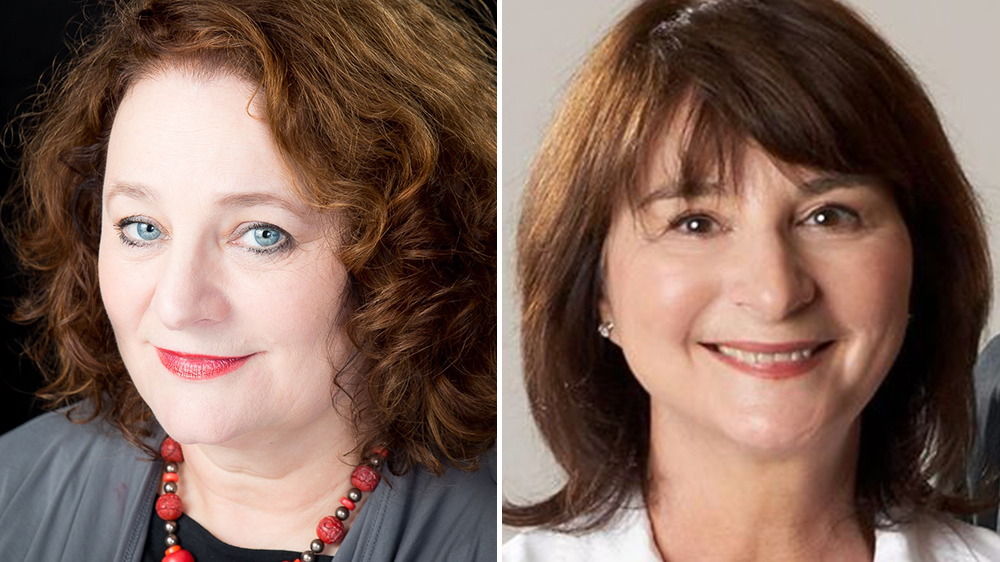 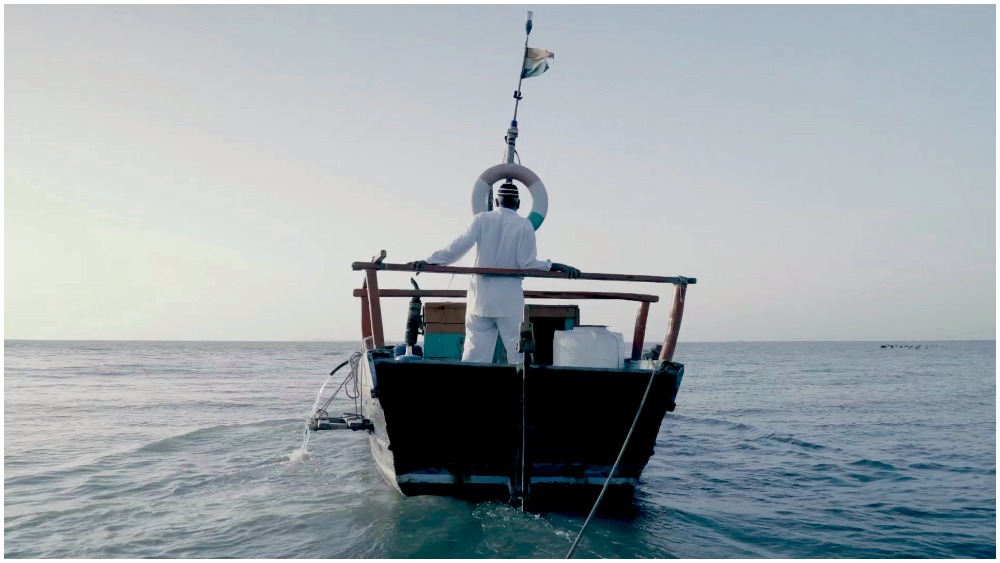 Britney Spears will speak at her conservatorship hearing. Here’s what you should know
26 mins ago

Britney Spears will speak at her conservatorship hearing. Here’s what you should know

Agreement in principle reached over Suez Canal ship
28 mins ago