In yet another sign that our post-pandemic future won’t be a reboot of the pre-pandemic past, Center Theatre Group has announced that Michael Ritchie will be retiring as artistic director at the end of the year.

I come not to criticize Ritchie’s nearly 17 years at the helm of the Ahmanson Theatre, the Mark Taper Forum and the Kirk Douglas Theatre (something I’ve done extensively before), but to reflect on the history. CTG is at a crossroads, and to figure out what it needs going forward, it is necessary to trace where it has been.

Ritchie’s tenure was initially challenged by the difficulty in replacing Gordon Davidson, who, as the founder of the Taper, is sometimes credited with having put L.A. theater on the map. Those were enormous shoes to fill, and Ritchie didn’t have the missionary zeal to compete.

A few years into the job, Ritchie had to contend with the Great Recession. What was dubbed the worst economic downturn since the Great Depression wreaked havoc on budgets and hastened the nationwide trend of nonprofit theater’s commercialization.

The notion that a more devastating crisis would arrive about a decade later would have been hard to imagine at the time. But COVID-19, which closed public venues for more than a year, proved the wisdom of Edgar’s line from “King Lear”: “The worst is not / So long as we can say ‘This is the worst.’”

In short, it’s been a rough couple of decades. All the more reason, then, to make note of the many memorable productions that emerged during Ritchie’s reign — among them, Rajiv Joseph’s “Bengal Tiger at the Baghdad Zoo,” David Henry Hwang’s “Yellow Face,” productions of August Wilson’s “Joe Turner’s Come and Gone” and “Jitney” and deliriously daft new musicals such as “The Drowsy Chaperone” and “Curtains.”

But CTG’s stature has dramatically slipped from its Davidson heyday, when premieres of Tony Kushner’s “Angels in America” and Anna Deavere Smith’s “Twilight: Los Angeles, 1992” were turning the theater world’s attention to Southern California. Of course, comparisons to Davidson’s greatest hits are not just invidious but unfair to Ritchie.

He wasn’t hired to be an impassioned pioneer. But as a polished impresario, he attracted top talent and ensured that touring shows and in-house productions were produced at the highest level.

The problem hasn’t been the quality of the shows but the lack of discernible vision behind them. Ritchie was criticized early on for disbanding the play-development labs for Latino, Asian, Black and disabled writers. Social justice has had a place in his programming, which has consistently made room for established artists of color. But if I had to guess what matters to him most, I’d say Broadway with a shrug.

In appointing Ritchie, CTG’s board of directors made clear that it wasn’t looking for another Davidson. What it wanted was a compliant partner — someone with discerning taste and New York knowhow who could steer an old cruise ship into safe waters. What was not sought was an idealistic captain determined to chart a bold new course.

If the board makes this choice again, CTG will go from diminished to irrelevant. Old glory only lasts so long. The Ahmanson and the Taper are enthroned at the Music Center and still command influence through their prodigious institutional scale, but the crackle inside these grand halls has grown muffled.

The Ahmanson, which will reopen after the horrifically long COVID-19 shutdown not with Daniel Fish’s brooding deconstruction of “Oklahoma!” (as once planned) but with a touted British production of “A Christmas Carol,” lends the impression of a doughty dowager who still enjoys throwing on a silk dress and some heavy perfume for a pleasant Sunday outing. The Taper resembles her daughter-in-law, who works assiduously to conceal the persistent thought: “What am I doing here?”

The issue isn’t what’s on the bill but who the bill is for. Davidson’s stalwart audience has ebbed over time. These subscribers were cultivated not simply by a menu of artistic offerings but by the theatrical evangelist behind them who regularly sermonized on the cultural, political and communal import of the work.

The character of Ritchie’s audience has not been shaped in this devout manner. The marketing of hits has replaced more time-consuming forms of outreach. On the level of scale, this may make sense. But theater isn’t a traditional business. And while loyalty may not register on year-end financial statements, it pays long-term dividends.

In searching for the next artistic director, the board needs to subordinate MBA logic. This isn’t a high-level custodial position but a rescue job.

The task ahead involves rebuilding. Before the COVID-19 disaster, there was trouble. Old nonprofit business models were no longer functioning, clouding and compromising the mission of a theater that was founded to strengthen and spread the art form, not set up a Broadway clearing house.

The pandemic has brought other changes, including the entrenchment of on-demand consumption patterns of entertainment. Theater lovers may miss the lobby hum and curtain call roar, but rush hour traffic is a hard habit to restart. What can theater mean as we emerge from our cocoons, relieved at last of social distancing but still facing the anonymity and alienation of an increasingly virtual world? Artistic directors cannot skirt the reality that our lives have mutated in ways that the theater is uniquely equipped to address and perhaps even counter.

More consequentially, there has been a nationwide reckoning on race and equity since the George Floyd protests last year. The hegemonic whiteness of the American theater has come under legitimate attack, and institutions that think they can return to the old monochromatic playbook can expect to be loudly called out.

Ritchie acknowledged this changing consciousness as a factor in his decision-making in the statement released by CTG: “With so much vital attention and focus being placed on the future of theatre leadership across our field, I recognize the need for new and diverse voices.”

The board will need to appoint an artistic leader for whom diversity concerns are not window-dressing but integral to the purpose and practice of the organization. This will require change on a more comprehensive scale than adding another Lynn Nottage or August Wilson play.

The dire economic situation may make a candidate with recognizable institutional expertise and proven fundraising mettle attractive. But returning to a losing formula isn’t the answer.

Finding an artistic director who understands L.A. not as a glamorous idea but as a complicated metropolitan reality, someone committed to doing the hard work of creating a 21st century cultural community in all its visible and invisible manifestations, someone with a commitment to developing local artists and working collaboratively across disciplines with neighboring institutions — all of this should be prioritized over landing a Tony-winning resume.

Not that artistic achievement doesn’t matter. But if CTG is to realize more of its potential, it’s going to have to move away from a New York definition of success. What can L.A. theater be at a time in the city’s history when classical music and the visual arts have been flourishing with innovation?

To expand the pool of candidates, the board should look beyond the small group of decorated stage directors and consider other kinds of theater artists as well as creative producers. When I interviewed playwright Jeremy O. Harris in 2019, he told me he’d like to run CTG one day. I can’t imagine he’d be interested in assuming this responsibility when his career is taking off in so many directions, but perhaps a shared leadership model could allow artists to play a significant role in determining what this unique organization can become.

At a time when hierarchies are being rethought, the idea of parachuting in another czar to control three separate and highly dissimilar theaters seems misguided. Why not take a chance on a more pluralistic approach?

If ever there were a time for new paradigms, it’s now. For the sake of Los Angeles’ cultural future, let’s hope the board finds the courage to resist the false safety of the familiar. 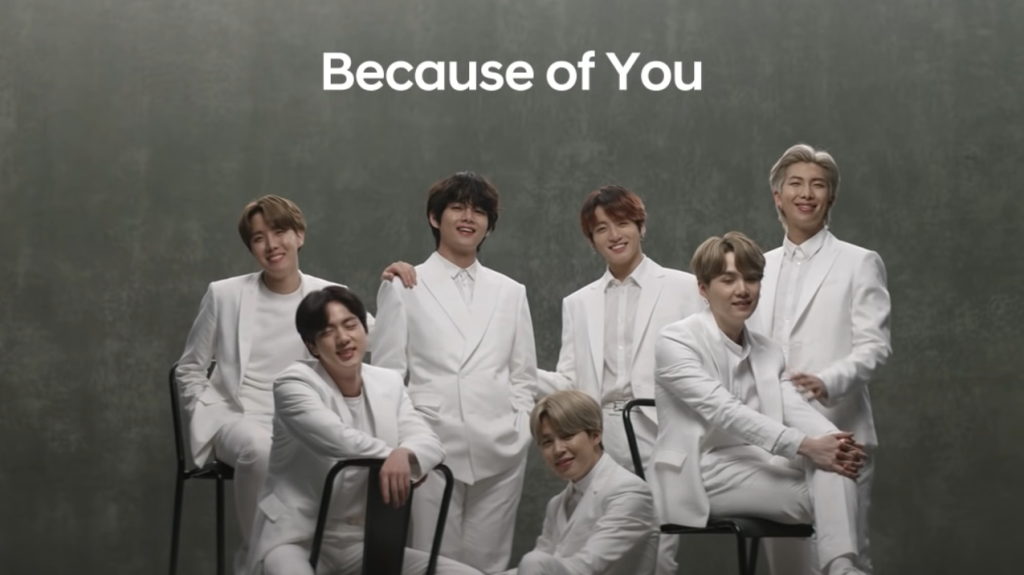 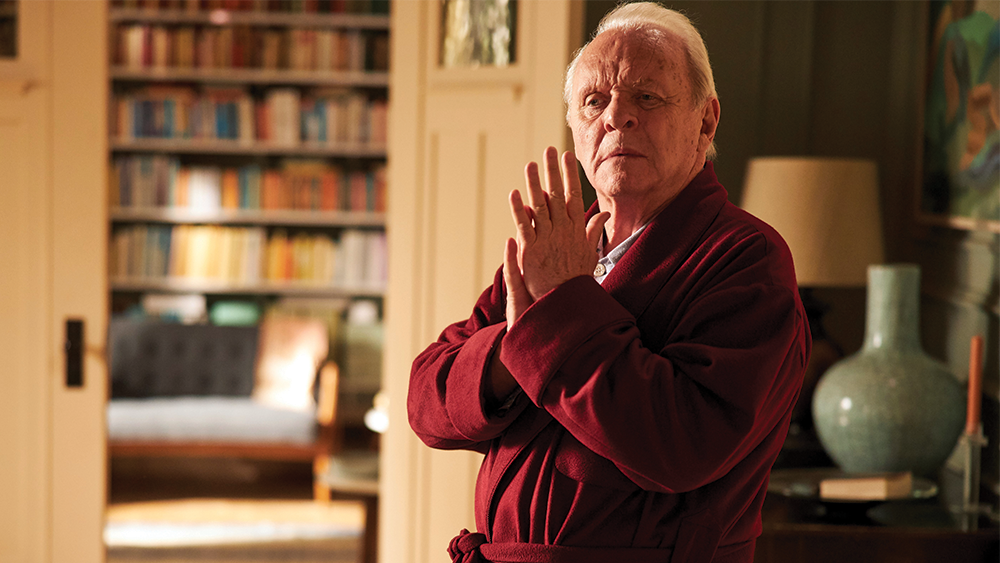 1 hour ago
Check Also
Close
Featured Posts
BTS Spot for Hyundai Is No. 1 on YouTube Global Ad Ranking
28 mins ago

China Box Office: ‘The Father’ Lumbers to Eleventh With $1.21 Million
52 mins ago