“Cops,” the reality TV series depicting law enforcement in action, was pulled off the air last year after 32 seasons amid the nationwide protests over policing sparked by the murder of George Floyd.

But the controversial program is coming back. Fox Nation, the subscription streaming service operated by Fox News Media, has picked up the 33rd season of “Cops,” which has been off the air since being yanked from Paramount Network, the ViacomCBS-owned cable channel that aired it since 2013.

Fox Nation has acquired 33 new episodes of the series from Langley Productions, some of which were being filmed at the time of its cancellation, plus 15 more from the previous season. After four “Cops” episodes are unveiled on Oct. 1, a new one will be made available each Friday.

The acquisition of “Cops,” is likely to generate blowback among critics of the police who find the program problematic over its depiction of law enforcement tactics and the criminal justice system.

Paramount’s cancellation of “Cops” was seen as a response to the public anger over Floyd’s death on May 25, 2020, although the network never stated why the show went away. The series remained in production as the show still aired in overseas markets.

Floyd, a Black man arrested for using a counterfeit $20 bill in a Minneapolis store, died after police officer Derek Chauvin put his knee on his neck for nine minutes. Earlier this year, Chauvin was convicted of murder and sentenced to 22.5 years in prison.

The incident captured on a mobile phone video spurred protests in cities across the country and a national conversation on policing and race relations. The media portrayal of police was among the issues scrutinized, leading to the cancellation of “Cops” and a similar series, A&E Network’s “Live PD,” one of the most popular programs on cable TV.

“Cops” aired on the Fox broadcast network from 1989 to 2013 before moving to Paramount Network, then known as Spike TV. Some critics complained the action captured by the show does not always accurately represent law enforcement work and often plays up criminal activity involving Black suspects.

Color of Change, a civil rights advocacy group, pressured the Fox broadcast network to drop the show in in the wake of the shooting death of Trayvon Martin, an unarmed Black teen.

Despite the controversies around the show, Fox News believes its politically conservative viewers, many of whom are in law enforcement or highly supportive of the police, will welcome the opportunity to watch “Cops” again.

As a promotional tie-in with the program, the company is making free one-year subscriptions to Fox Nation available for first responders. Fox News Media will also donate $5 to Answer the Call, a nonprofit organization that provides financial support to the families of New York City first responders killed in the line of duty, for each new subscriber who signs up this week.

The move to a subscription streaming service will likely limit the audience for “Cops” to hardcore fans. It will also be insulated from advertiser boycotts as Fox Nation is not an ad-supported service.

“It’s very acceptable to our audience who are cops and first responders and people from the military,” said Jason Klarman, president of Fox Nation. “I think they are big fans of the show and they miss the show. Putting it on a streaming subscription service isn’t making it available to everyone but it will be there for the people who desire it the most.”

Fox News provided in-depth coverage of Floyd’s funeral and the Chauvin trial, but the network came under fire over its depiction of Black Lives Matters protesters as anti-fascists destroying American cities.

Prime-time host Tucker Carlson was particularly harsh, saying the movement “is definitely not about Black lives. Remember that when they come for you, and at this rate, they will.”

Fox News said the “they” referred to Democratic politicians. But the remarks were inflammatory enough for several advertisers to pull their commercials from Carlson’s program.

Klarman downplayed the prospect of any possible backlash over returning “Cops” on Fox Nation.

“It’s on a subscription service,” Klarman said. “It’s not over the free airwaves. If you don’t like the show, don’t subscribe. ‘Cops’ shows cops working, and it’s an unvarnished look at that.”

Asked to respond to criticism of the show, Klarman said: “I can’t speak to a larger cultural movement that was happening at the time [of its cancellation]. I think the content stands on its own. It’s a very compelling show for people who are interested in following the lives of police officers.”

Klarman said Fox Nation will be mindful of the racial makeup of the suspects shown in the new “Cops” season.

“Part of our vetting process included a review of the offenders to be featured in the new season and ensuring that the shows would be representative of the entire population,” he said.

Klarman believes the addition of new episodes of an established hit show with a built-in audience will bring attention to Fox Nation, which is nearly three years old but still considered a developing business for its parent company.

“It’s a very easy decision for us to make,” Klarman said.

While Fox News has not released any subscriber data, Fox Nation does not approach the size of established streaming platforms such as Netflix, Disney + or Hulu.

Fox Nation was launched to attract the growing number of TV viewers who have moved to streaming. Outside of on-demand replays of the previous night’s prime-time Fox News opinion programs, there is no duplication with the cable network.

While the service has conservative talk hosts such as Dan Bongino, it also carries historical documentary programming, Clint Eastwood movies, true-crime shows hosted by Nancy Grace, and a series where Fox News host Jeanine Pirro visiting luxurious homes on “Castles USA.” It also has its own Tucker Carlson program where the host conducts longer interviews with conservative guests.

The service has been adding a wider range of programming — it ran an original Christmas movie last year — as it tries to hold onto the loyal Fox News viewers when they are not in the mood to watch news and political talk.

“When our audience isn’t watching the news they are watching true crime and entertainment and lifestyle content and we want to be the provider of that content for them,” Klarman said.

What's on TV Monday: 'Ultra City Smiths' on AMC; 'You Bet Your Life With Jay Leno' on Fox 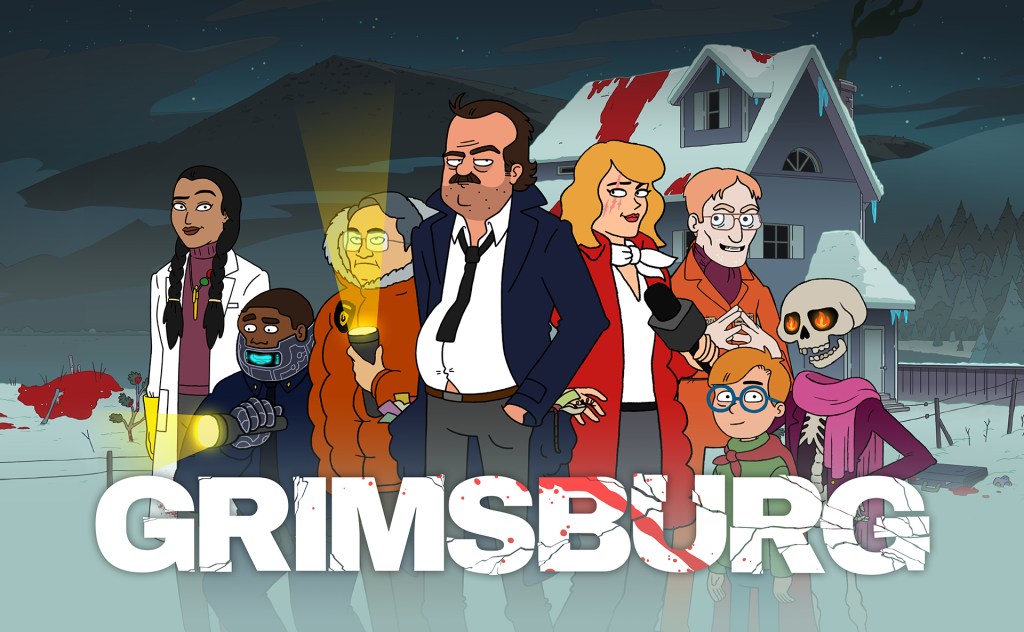 Amazon and Apple warn of supply chain issues
7 mins ago